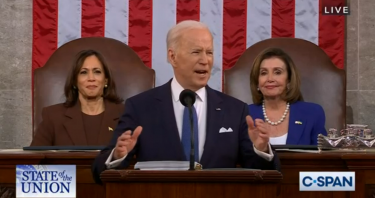 View part 2 of our coverage, on domestic issues addressed by Biden

March 2, 2022 (Washington D.C.) –President Joe Biden drew bipartisan applause during his State of the Union speech last night, when he recognized the Ukrainian ambassador to the U.S. and asked those in the Capitol chamber to rise and show the world that, “We, the United States of America, stand with the Ukrainian people.”

These add to recently imposed sanctions including: