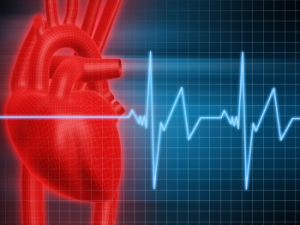 November 17, 2013 (San Diego's East County) -- Many more American may soon be prescribed statin drugs to prevent heart disease. That’s due to new guidelines just released by the American Heart Association and the American College of Cardiology for use of cholesterol lowering drugs – specifically statins.

By some estimates, this could double of patients on statin drugs to 30% of the U.S. adult population, the Boston Globe reports.

Millions of Americans suffer from high cholesterol.  Cholesterol is essential for all human and animal life however, high levels of cholesterol are strongly associated with atherosclerosis (hardening of the arteries) and coronary heart disease.

Animal fats and carbohydrates play roles in total blood cholesterol levels.  These functions take place mainly in the liver where a balance between LDL and HDL are maintained.

But this balance is largely determined by genetics.  In other words high cholesterol for some is in the genes (and show in the levi jeans) but can be changed by food choice, body build and medications.

The new guidelines recommend moderate- or high-intensity statin therapy for these four groups:

Biochemist and researchers are working to find new and more effective ways for reducing the risk of cardiovascular disease.

But Canadian researcher Dr Jean-Claude Tardif said, “Even the most powerful statins have not cured the disease,” the New York Times reported.

Furthermore what about the millions for whom statins are not effective or the millions who are allergic or cannot tolerate them?

The new guidelines may sound like good news for patients, but there are serious doubts over whether statins actually offer meaningful protection from our nation’s number one killer, heart disease, or whether statins hel people live longer or better.

Statins are effective for people with known heart disease, though there can be serious side effects. But for people who have less than a 20 percent risk of getting heart disease in the next 10 years, statins not only fail to reduce the risk of death, but also fail even to reduce the risk of serious illness.  At the same time, 18 percent or more of this group would experience serious side effects, including muscle pain or weakness, decreased cognitive function, increased risk of diabetes (especially for women), cataracts or sexual dysfunction, the New York Times has reported.

Stopping use of statins has also been linked to onset of Parkinson’s Disease.

A New York Times editorial, moreover, observed that both the American Heart Association and the American College of Cardiology receive substantial funding from the pharmaceutical industry – an industry that stands to benefit substantially from having millions more Americans taking statin drugs.

The Times editorial concluded, “The American people deserve to have important medical guidelines developed by doctors and scientists on whom they can confidently rely to make judgments free from influence, conscious or unconscious, by the industries that stand to gain or lose.”

According to the World Health Organization, 80 percent of cardiovascular disease is caused by smoking, lack of exercise, an unhealthy diet, and other lifestyle factors. Statins give the illusion of protection to many people who may be much better served, for example, by simply walking an extra 10 minutes per day.