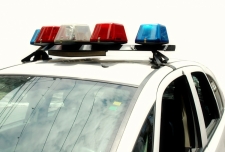 March 24, 2021 (El Cajon) – El Cajon Police have arrested 28-year-old Isaiah Ugaitafa for violent assaults in which he broke down the front doors of homes and attacked two residents, says Lt. Randy Soulard. He is charged with three felonies: hot prowl burglary, assault with a deadly weapon, and elder abuse.

On Friday, March 19 at 2:15 p.m., officers responded to a home in the 400 block of South First Street, where a man had been seen by several residents acting strangely and talking to himself. A short time later, the suspect was seen breaking down the door of an elderly man’s home and attacking the senior with a metal pole, striking him in the face before fleeing the scene.

Around 3 p.m. the same day, police responded to a call nearby in the 700 block of Washington Heights Road, where a suspect broke down the front door of the 25 year-old woman who lives alone and began to stab her with a piece of sharp wood, causing minor injuries.

“After a violent struggle, the young woman was able to defend herself and the suspect fled the area on foot,” Lt. Soulard says. Police officers found and arrested the suspect.

Both victims in these crimes received minor injuries that did not require medical treatment.

“Each incident was unprovoked, and the victims were strangers to the suspect,” says Lt. Soulard.

Ugaitafa was found to have a history of committing violent crimes and was recently arrested by the El Cajon Police Department in September of 2020 for Robbery and Resisting a Peace Officer with Violence, both felonies. Although sentenced to 108 days confinement, Ugaitafa was released from San Diego County Jail after only serving 54 days and was given summary probation for 3 years.