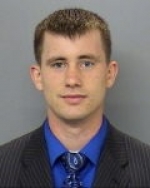 October 1, 2011 (San Diego) – San Diego Police Officer Jason Prokop was struck and killed early this morning while attempting to come to the aid of a motorist after his vehicle struck a stopped car ahead of him. He was off duty at the time, said Lt. Andra Brown. A five-year veteran of the police force, Prokop was married and leaves behind a toddler and an infant, ECM News partner 10 News reports.