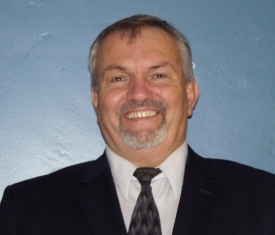 October 9, 2014 (San Diego's East County)-- Frank Tsimboukakis, candidate for State Senate running against incumbent Senator Joel Anderson, sat down for an interview with the East County Magazine Show. The interview originally aired on KNSJ 89.1 FM radio on October 1st and is now available online at the link above.

Tsimboukakis talked about his goals if elected, drawing clear distinctions between himself and his opponent on issues ranging from education affordability to jobs. He also questioned Anderson's slogan as a "tax fighter" given that Anderson has had multiple tax liens filed in the past, both personal and business, including business tax liens that records indicate have never been paid. 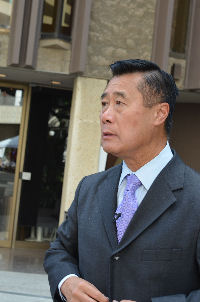 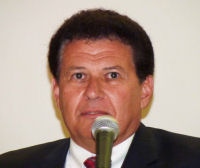 October 2, 2011 (El Cajon )—Students and faculty in the Grossmont College Media Communications Department had an opportunity to apply their journalism skills as they posed questions to Assemblyman Marty Block, who visited the campus last week to discuss impacts of state budget cuts. Chair of the Assembly Higher Education Committee and currently a candidate for State Senate,  Block fielded questions on a variety of education issues—offering candid assessments on the state budget shortfall as well as on diminishing access to affordable higher education for California students.