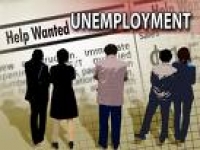 September 24, 2009 (Washington D.C.)—San Diego Democrats Bob Filner and Susan Davis joined with Republicans Brian Bilbray and Darrell Issa in voting  to stimulate the local economy and provide stability to American families by extending unemployment insurance benefits to those hit hardest by the recession. Rep. Duncan Hunter, who represents most of East County, voted against the bill.

The Unemployment Compensation Act of 2009 (HR 3548) will provide immediate assistance, extending relief to the estimated 314,000 workers who would otherwise exhaust their unemployment benefits by the end of September, and one million more whose benefits would run out by the end of the year.