February 8, 2016 (Santa Clara, Ca.) - It was Peyton Manning's last game and he made sure everyone knew it.  Conversely, the Carolina Panthers made sure to let everyone know that they can't hold on to the football. 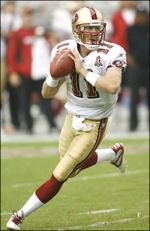