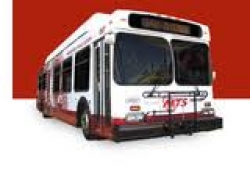 An Open House at the El Cajon Transit Center will be held April 14 with others around the county throughout the month.

April 10, 2012 (San Diego) -- For the first time since the economic downturn began in 2008, the Metropolitan Transit System is planning to add Bus and Trolley services. MTS will hold several open houses at transit centers to get rider input on planned service improvements and the opportunity to learn about proposed changes and ask questions in an informal setting.