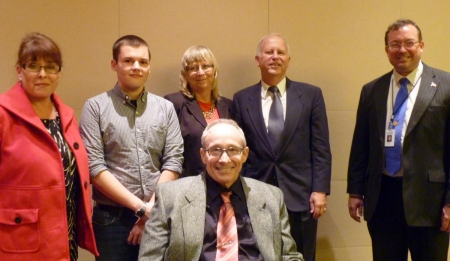 October 25, 2012 (La Mesa)—Six candidates vying for two seats on the Grossmont Union High School District Board addressed topics ranging from budgets to bond money expenditures (reportedly the topic of a Grand Jury investigation) and from technology to integrity. The forum October 22 was sponsored by East County Magazine and moderated by Donna Barlett-May the League of Women Voters.

The fireworks started in opening remarks, when education advocate Bill Weaver assailed incumbent Gary Woods for a problem with “what I see as honesty,” alluding to use of bond monies that has reportedly drawn the scrutiny of San Diego's Grand Jury.