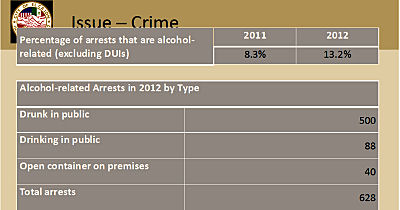 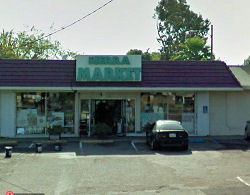 The clerk told officers he was behind the cash counter when a black male with a goatee wearing a curly blond wig entered the store holding a handgun.  The suspect walked behind the counter, where he was confronted by the clerk.  A struggle ensued and the suspect used his handgun to hit the clerk on the head.  The suspect demanded that the clerk open the cash register. While the suspect was filling his pockets with money, the clerk struck the suspect on the back of the head with a liquor bottle.