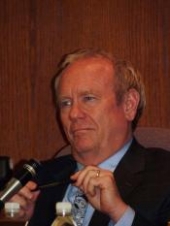 February 12, 2013 (El Cajon )—Newly elected Grossmont Union High School District Board Trustee Jim Stieringer plans to introduce a resolution on the 12th high school for Alpine at the board meeting at 924 East Main Street, El Cajon.   The public portion of the meeting will begin at 6 p.m. on Wednesday, February 13.

The motion directs the GUHSD to developed modified building plans and submit to the Division of the State Architect  (DSA) –but only after it is determined that the Alpine School District Unification plan is either abandoned or fails to achieve voter approval. In addition, the site and building plans must be modified to stay within the remaining budget.