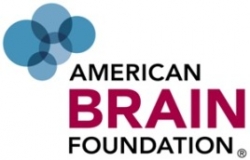 March 6, 2013 (San Diego) – Patients and families affected by brain diseases such as Alzheimer’s disease, stroke, and Parkinson’s disease, as well as the general public interested in brain health, are invited to register for free now to attend the Brain Health Fair, Saturday, March 16, 2013, at the Hilton San Diego Bayfront Hotel in San Diego.  Free registration is open at http://www.BrainHealthFair.com.

The Brain Health Fair is a free, daylong family event connecting thousands of patients, families, and caregivers affected by a brain disease with important resources to win the battle against these diseases, which affect one in six people in California. The Brain Health Fair is hosted by the American Brain Foundation, the foundation for the American Academy of Neurology, which is bringing more than 10,000 neurologists to San Diego for its Annual Meeting.