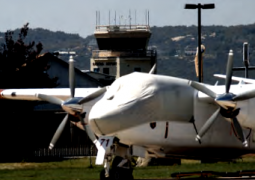 March 22, 2013 (San Diego’s East County) – Today the Federal Aviation Administration (FAA) confirmed closure of 149 air traffic control towers due to sequestration cuts that are mandated due to Congress failing to agree on how to balance the federal budget.  That includes towers at Ramona Airport in East County and Brown Field in Otay Mesa, both slated to shut down starting April 7.

Closure of the Ramona facility had sparked widespread protests from local officials and the public, who had urged the FAA to keep the tower open to assure protection of firefighters at the backcountry airport.