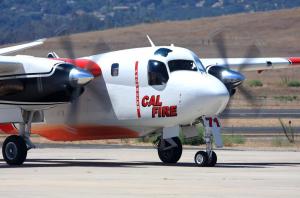 April 5, 2013 (San Diego’s East County) --The U.S. Department of Transportation’s Federal Aviation Administration (FAA) announced today that it will delay the closures of all 149 federal contract air traffic control towers from April 7 until June 15, including the Ramona Airport and Brown Field locally. The agency says the extra  time will allow the FAA to try and resolve multiple legal challenges to the closures.

“The FAA delay is not good enough,” Supervisor Dianne Jacob said in a press statement issued this morning.  “U.S. Transportation Secretary Ray LaHood said today that safety is the FAA’s top priority. If that was the case, the federal government shouldn’t even be talking about pulling air controllers out of Ramona. The tower is on the front line of public safety in our region, and closing it would a disaster, especially as we approach the height of the wildfire season.”