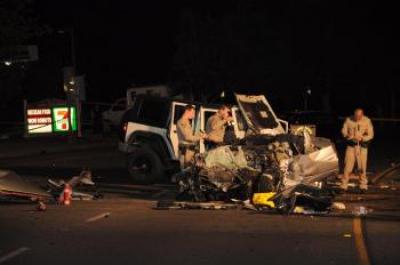 Sheriff’s deputies were first on the scene and extinguished a fire in the Altima. Lakeside Fire Protection District arrived to find two patients trapped in their vehicles and another who had self extricated.  Lakeside resident Harold Wise IV, 21, the driver of the Altima, was pronounced dead at the scene.