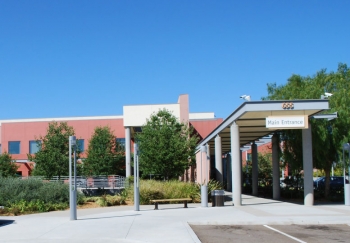 By José A. Álvarez, County of San Diego Communications Office
October 14, 2020 (Santee) -- For the second year in a row, the County Health and Human Services Agency’s Edgemoor Skilled Nursing Facility has been named the best facility of its kind in the county and the state by Newsweek magazine.
The magazine analyzed more than 15,000 nursing homes in the Unites States and chose 400 winners in 20 states.
“Edgemoor provides the highest level of care to seriously ill and injured adult patients who require long-term care, and it has not gone unnoticed” said Supervisor Dianne Jacob, County Board of Supervisors. “We are proud Edgemoor has been named the best in California two years in a row. It’s a well-deserved honor given the long-term, quality care patients receive at the facility.”

June 25, 2013 (San Diego) – The news of Michael Hastings' death comes as a total shock. Michael, 33, who was killed early Tuesday in a car crash in Los Angeles, was among the last of a disappearing breed of fearless investigative reporters. A friend and former colleague, he and I worked together often when we were fellow writers at Newsweek.

I'll never forget our marathon phone conversations about politics, war, civilian casualties and General David Patraeus. Michael was probably the general's most outspoken critic, as you can see in this article he wrote for Rolling Stone. Michael ripped the general in that story, and in others. I haven't exactly gone easy on Patraeus, either, but I've typically left it to my sources to evaluate him in stories such as this one for Newsweek/Daily Beast. Michael had no time for that. It just wasn't his style. He called it the way he saw it, and I admired him for it.