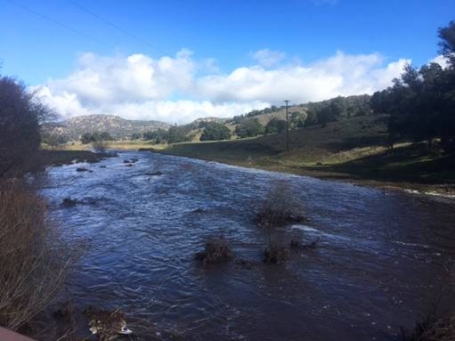 February 28, 2017 (Descanso) – Duncan McFetridge with Cleveland National Forest Foundation  sent in this photo in Descanso Valley of the rain-swollen Sweetwater River, the major source of water in the Sweetwater Authority.

"The river has been dry for about two years," he says. "The fall rains recharged the river to about three feet wide. Currently, it's about 70 feet across!" 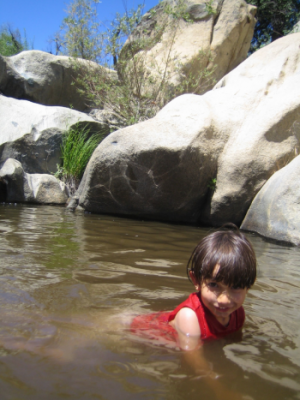 January 7, 2014 (Descanso) -- Duncan McFetridge sent in these idyllic images of his "spiritual grandson," Ki, enjoying a swim at Indian Springs along the Sweetwater River, about a half hour hike from the town of Descanso.