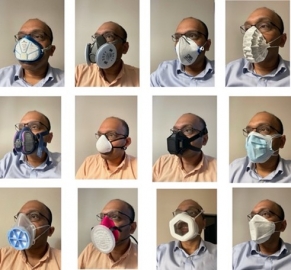 May 26, 2021 (San Diego) -- In 2020, wildfires accounted for as much as half the fine particulate air pollution (PM 2.5) on the west coast and fire season is expected to be even more severe in 2021. While all smoke inhalation is bad, wildfire smoke is particularly dangerous due to the combination of chemicals it contains, including toxic gases and particulate matter from trees, homes, vehicles and industrial facilities. Recent research suggests risks from wildfire-specific PM 2.5 on respiratory health may be much worse than from other sources. 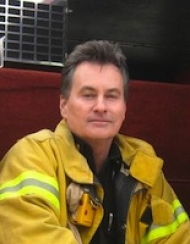 October 12, 2017 (San Diego) -- Wildfires seem to be burning daily in almost every county. You may not live directly in the Wildland Urban Interface (WUI) however you will likely be impacted by the large amount of smoke generated by these fires.

Particulate matter generated from the smoke is the main public health threat during short-term exposure to wildfire smoke, so it’s crucial to protect yourself. 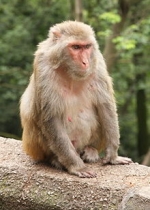 A new study at the University of Califiornia, Davis, suggests this could be the case.

The study was conducted by the  University and by the California Air Resources Board. It looked at 25 young Rhesus Macaque monkeys born at the university’s Primate Research Center during summer of 2008, when smoke from over 2,000 fires that burned over a million acres drifted into the area. The monkeys born during the wildfires, and  who were living outdoors, were found to have suppressed immune systems.  Their blood samples were placed in tissue culture dishes, then exposed to disease pathogens—and showed reduced ability to  generate immune responses to diseases than blood from 25 other monkeys born a year later.