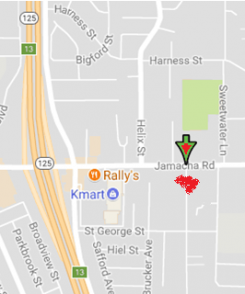 April 23, 2012 (San Diego) – On April 21 at 1:00 a.m. a 34 year old male was sitting in his vehicle in the 800 block of 48th street when a dark SUV pulled up beside him and fired several rounds at his vehicle.  The vehicle was struck several times but the victim was not injured.

April 24, 2011 (San Diego)--San Diego Police Department Homicide detectives have assumed the investigation into Tuesday night’s shooting of Christopher Dunn, 28, after he died last night. Dunn was standing in the 200 block of Catania Street in the east San Diego Mountain View neighborhood around 10:45 p.m. Tuesday when a two-door, white Honda Accord with a tinted rear window stopped near him. The passenger door opened and gunshots rang out.