Monday, May 31  is deadline for nonpartisan voters to request a party ballot to vote for a presidential candidate--but lawsuit seeks to extend that to June 7

May 21, 2016 (Sacramento) – Only 15% of California’s nonpartisan voters with mail-in ballots have requested a presidential primary ballot.  That means the vast majority won’t be able to vote for president in the June 7th election--and many are unaware of that restriction.

Now civil rights lawyers have filed suit against California and some counties, claiming the laws are confusing, inconsistent, and amount to disenfranchisement.  If they win, the biggest beneficiary could be Bernie Sanders, the Democratic contender who draws heavy support from independent voters, who account for nearly a quarter of the electorate in California. 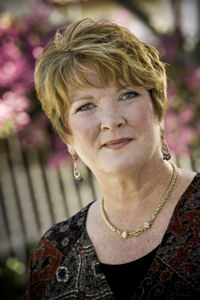 April 15, 2012 (San Diego) – In a show of support for Councilmember Marti Emerald’s reelection, more than 60 Latino leaders and community members attended a rally yesterday in City Heights.
“I am extremely grateful for the support of the people from so many diverse neighborhoods and communities in District 9,” Emerald said. “I believe it is critical that all communities are empowered and have a voice.” Emerald said that voting is an important way to empower District 9 residents. “If you want to be heard, you must vote,” she added.

May 21, 2010 --The deadline to register to vote in time for the June 8 statewide primary election is this Monday, May 24. Remember, voters who have moved, changed their name, or would like to change their party affiliation must re-register to vote!