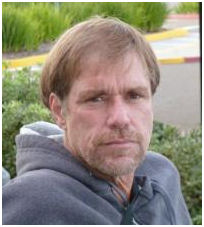 July 6, 2011 (Lakeside) -- Mr. Botter entered this life on August 16, 1955 in Utica, New York, and passed away on July 1, 2011 at the age of 55 after a short illness. Anton lived in the San Diego area nearly his entire life.  He was the proud owner and operator of Anton's Tree Service of Lakeside for the past 30 years. Anton served on the Lakeside Planning Group and had been a Director for the Lakeside Chamber of Commerce from 2004 to 2010.

A Funeral mass will be held on Thursday, July 14th at St. John of the Cross Catholic Church, followed by burial services with military honors at Miramar National Cemetery at noon.

In lieu of flowers, the family welcomes contributions made to the charity of your choice.