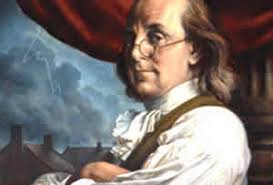 March 20, 2011 (Crest) — Benjamin Franklin discovered the power of electricity, reportedly by flying a kite during an electrical storm. Now his descendant, Kandhy Franklin, is helping bring an electric generator to Crest, harnessing her famous ancestor's discovery to power her community in case of wildfire.

The Crest Fire Safe Council has been awarded a San Diego County Neighborhood Reinvestment Grant written by Franklin and community volunteer Faith Berry.  Funds will be used to purchase a generator for a community clubhouse, providing emergency response during disasters and rolling brownouts.