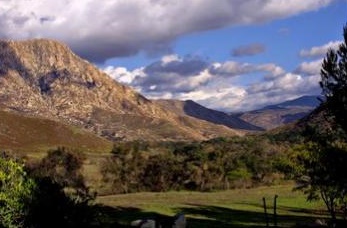 April 18, 2016 (Lakeside) – The developer who seeks to build a sand mine the scenic El Monte Valley in Lakeside that is overwhelmingly opposed by residents has submitted  a scoping letter to the County of San Diego with significant changes to the proposed project.  Click here to view the full document. 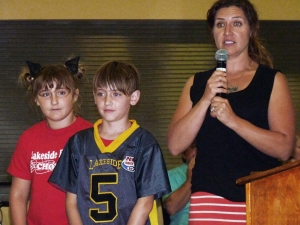 Photo, left: "Would you want these kids breathing that, every day for 15 years?" -- Jessica Webb

June 5, 2015 (Lakeside) –  Imagine up to 250 trucks a day – one every minute and a half—hauling sand along a rural  road right in front of your house--five days a week for the next 15 years or more in El Monte Valley, if a sand mining developer has his way.  It gets worse:  noise and dust from sand mining operations clogging the area, kicking up potentially deadly Valley Fever spores lurking in soil here, where several El Monte Valley residents have already contracted the disease.

The sand loads would be transported for use on highways, roadways and other aggregate projects across San Diego County—potentially bringing sand  laden with Valley Fever spores to construction projects near you.  All thanks to a deal cut by Helix Water District to settle litigation over a golf course and water reclamation deal gone sour on land that Helix owned in El Monte Valley, a county-designated scenic view corridor.

This project has the Orwellian-like name “El Monte Nature Preserve” though all parties including the developer concede it is first and foremost a mining operation that will strip bare the valley for decades, lowering the valley floor 30 feet with dredging  far deeper in places, in a project three times wider than Lake Jennings. 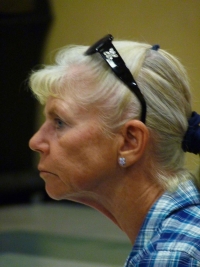 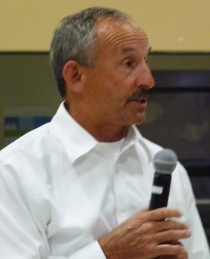