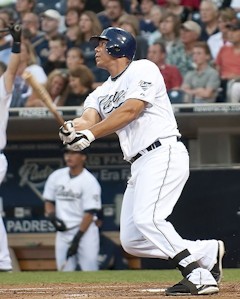 August 8, 2011 (San Diego) - The 2011 season has been a frustrating season for the San Diego Padres to say the least. After a 2010 season that saw the team finish one game out of the playoffs, this year's team struggles in last place with a 51-64 record, 12 games back from the NL West leading San Francisco Giants.