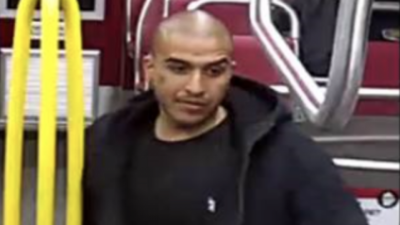 November 11, 2021 (El Cajon) – El Cajon Police seek public help to locate Israel Ezekiel Valdiva, who is wanted for savagely stabbing a man in his 70s near the trolley stop at Marshall and Petree. The unprovoked random attack on November 3 shortly after 5 a.m. was recorded on surveillance video at the trolley station.

“The victim had numerous life-threatening stab wounds and had been severely slashed across his face. The victim’s ear was nearly severed off and he had lost a significant amount of blood. The victim was transported to a local trauma center in critical condition,” says Lieutenant Randy Soulard.