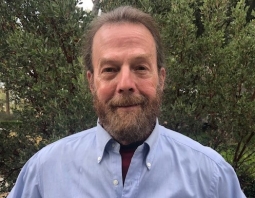 Story Vogel responded to East County Magazine (ECM) questions and submitted his biography and ballot statement. Incumbent Tina Heimerdinger was also invited to participate via several emails, but did not respond.

Heimerdinger, who is president of the board, has served on it for more than a decade including the turbulent tenure of Superintendent Steve Van Zant, who pled guilty to felony conflict of interest and was ordered to repay the district $50,000. Van Zant set up charter schools in other districts overseen by Mountain Empire from which his consulting company profited, as ECM reported, also raising questions over lack of oversight by the board on Heimerdinger’s watch.

Story Vogel’s Biography:  We have lived in Pine Valley since 2006. Prior to that, we lived in Coronado. I graduated from Tulane University with a history degree in 1977, Thomas Jefferson School of Law in 1981, San Diego State College of Public Administration with a Masters in 1992, Tulane University School Architecture with a Master in Preservation Studies in 2000. I received my Teaching Credential from San Diego State in 2005. I have been a substitute teacher in the Mountain Empire District from 2009- 2018. I have been a football coach at Mountain Empire High School for the last five years.

After law school I worked for a criminal defense firm before going into business brokerage and owning a small business with two locations. After closing our business and attending Tulane Architecture I worked preparing historic structure reports for people seeking historic designation for their homes, as well as appearing before Historic Site Boards of various cities in the County.

1a.  What are the most significant current challenges facing education in this community? How can the school board address these challenges?

In my view based on the years I have been a substitute teacher and football coach, one of the most significant challenges we face is the general lack of interest on the part of all our communities in promoting a more serious approach to the process of schooling. Whether it is a very high rate of absenteeism, a lack of in class discipline or an inability of students to treat going to school like the job it is, generally speaking we have not done a very good job of teaching our children the value of an education and how to behave in school.

This is not an across the board indictment. Many very busy parents trying to balance work life, home life and their children do the best they can. But we as a Board and members of the community need to do a better job of promoting the value of education as preparation for either a professional career or a career in the trades.

The Board can be instrumental in outreach to the community and developing policies that more seamlessly integrate our school system into community life. Whether it is through public private partnerships with internships, take a student to work days, or bringing speakers from the community into the schools, particularly the high school, we must do more.

Funding is also a significant challenge. As a football coach I have seen the meager funding the football program has. The team itself raises money for equipment. I’d like to take a long hard look at our funding mechanism and see where we can increase funding for athletics. As an example, the football coaches, themselves, along with the athletic director, secured funding from Supervisor Dianne Jacob’s office and built a new weight room for all the students to use. We need to be aggressive in exploring new funding mechanisms to improve the experience of our kids in school.

1b. If you wish to comment on the current dilemma with the pandemic, do you support in-classroom learning, distance learning, or a combination of both – and for in-person, do you support standards such as masks, social distancing and limiting how many students each teacher will be working with to protect teachers and students?

The pandemic has stressed everyone out because of the lack of national leadership. We wander in the desert of supposition and fear. But we know that masks work. School has reopened on a limited basis of the kids in class two days a week. That is a good start. The football team has been conditioning since July, 3 days a week and now 4 days a week. We enforce the wearing of masks when on campus or in transit and we enforce “social distancing.” It has been working. I would be in favor of weekly testing of teachers and students. It makes no sense that we don’t test. The Covid is so communicable we need to know who is infected BEFORE others become infected. I reject the ridiculous politics around this. Let’s stop and use common sense.

2.  What motivates you to want to serve on the school board? Were there experiences in your education or career that sparked you to do this?

I have been a teacher for almost fifteen years. Prior to that I owned a business, graduated from law school and obtained a master’s degree in Public Administration and also in Preservation Architecture. My knowledge of public policy and teaching, as well as my belief that serving your community, where you live, is the best way to contribute, and make one’s life worthwhile, guides me in my desire to serve on the school board. Having been in the classroom, dealt with students as a teacher and coach, my knowledge is not second hand. I believe I can bring a different, experienced and educated voice to the important decisions the school board makes.

3.  For incumbents, what accomplishments on the board are you most proud of? For challengers, what do you most hope to change?

As a challenger, what I see having taught in the district since 2009 is a moribund system. Not much visible progress in many areas. The Education Complex is a very inbred system. Granted I didn’t start out as a 24-year old teaching. That gives me a different perspective. I am not bound by the typical narrow view of the educational system so many hold. I hope to change the culture, particularly in the high school, where the most attention is naturally given to the disruptive; where we cater to the lowest common denominator. I want to allow student’s natural talents to flourish. The Board does that by sending the correct message to administrators that teachers will be supported; that grading and instruction must mean something. We are not punching a clock here. In short, I want to change the culture in the schools themselves to one of appreciation for achievement and a recognition that every student must be given the tools to succeed whether they are headed to a community college, a four-year college or an apprenticeship in the trades.

Depending on the financial picture, I also want teachers to be paid in line with the state average. Granted I don’t have enough facts to definitively say what the salary steps should be. But if I am elected this will be of concern to me.

4.  Who has endorsed your candidacy?

I have sought no endorsements. [Editor’s Note: This candidate has been endorsed by the San Diego County Democratic Party, per https://sdcdp.ngpvanhost.com/democrats-running-2020-general-election]

5.  What is your vision for education in this community, and how can the district better address racial inequalities? For example, do you plan to increase diversity training? Or, what do you think of the state standards?

My vision of education in this community is one where the talents of every student are allowed to blossom based on a solid educational foundation. Where knowledge of American and World History is gained; where a student can compose and write proper sentences and where they read a variety of great literature. In short, a classic education that prepares them to be useful members of society.

The concept of ‘racial inequities’ is a great buzz phrase that is so subjective as to be useless in any conversation. I don’t see race and I don’t think we should be emphasizing it. Outside of imposed state and federal mandates, I am skeptical of diversity training. The underlying philosophy is to identify and treat students based on some immutable differences. I know it is very popular in the education profession now. Often this does not serve minorities, of whatever stripe, well. We need to require the same level of effort and accomplishment of all students. To think that a student must be dealt with differently based on a collective view of that student’s ethnic or racial background is abhorrent to me. When you do that, you accomplish the very opposite of what you set out to do. You send a message to the student that because you are an’ X’, you have a different challenge than student who is a ‘Y’, based solely on some immutable physical characteristic. Kids pick up on that and it is very injurious to the society these students will become. Each student must be held to and helped to attain the same standards as any other student regardless.