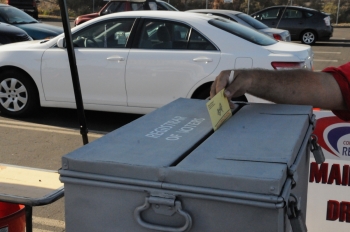 January 26, 2022 (San Diego) — With year one of the Biden Administration completed and the 2022 midterm elections on the horizon, Congress’s pivotal tug-of-war over federal voting rights legislation continues to escalate.

In January 19 in the Senate, Republicans blocked the Democrats’ attempt at passing both the Freedom to Vote Act and the John Lewis Voting Rights Advancement Act. The legislation — which was also blocked several times in 2021 — sought to strengthen the protections of voters in light of many recent state laws that suppress voting rights.

Such laws have been levied across the nation in the wake of the 2020 Presidential election and the January 6 attack on the Capitol. The American Civil Liberties Union (ACLU) recently warned, “Our voting rights – and our democracy – are on the line.”