November 4, 2020 (San Diego) – With millions of votes remaining to be counted in key battleground states, both President Donald Trump and former Vice President Joe Biden retain potential paths to victory.  Though some predicted a blue wave, the end result is a nail-biter in which neither candidate appears to have an overwhelming mandate from voters.

As of this morning, Biden has 227 electoral votes and Trump 213, as both edge closer to the 270 needed for victory. 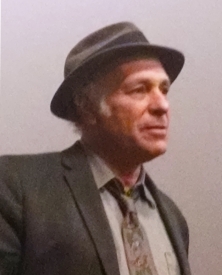 July 16, 2020 (San Diego) -- Greg Palast, internationally-known investigative journalist, will be making a virtual appearance in San Diego for KNSJ 89.1 FM community radio on Friday, July 17 at 7 p.m.  According to KNSJ general manager Martin Eder, “This is an exclusive interview in San Diego and a fund raiser for KNSJ.  Greg Palast is on tour with his latest book, ‘How Trump Stole 2020. Greg is a no-holds-barred journalist.  He is exactly the kind of watchdog our democracy has to have to survive.  Friday Greg will tell us in detail what his investigations have found.”

Tickets for this exclusive virtual event can be reserved on KNSJ’s Facebook page.  Tickets are by donation.  No one will be turned away for lack of funds.  Larger donors will be mailed a copy of Palast's book and other premiums to support local community radio KNSJ. 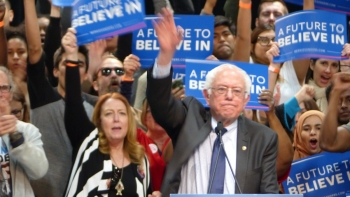 Photo by Miriam Raftery: Sanders in San Diego in 2016

Sanders reportedly spoke with Biden earlier in the day and congratulated him, pledging to work with Biden in the November general election against Republican President Donald Trump.

Biden, long positioned as a moderate, issued a message to Sanders’ supporters stating, “I see you, I hear you, and I understand the urgency of what it is we have to get done in this country,” adding, “I hope you will join us. You are more than welcome. You’re needed.”