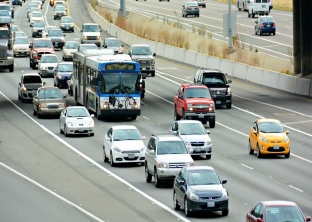 December 3, 2021 (San Diego) – On December 10, the San Diego Regional Association of Governments (SANDAG) board will consider the proposed Regional Transportation Plan.  But a per-mile tax proposed to fund the plan’s ambitious goals has run into strong opposition from residents and political leaders in East County, as ECM previously reported. Although SANDAG’s board voted in favor of the tax in late October, today SANDAG’s top leaders--San Diego Mayor Todd Gloria, Encinitas Mayor Catherine Blakespear and National City Mayor Alejandra Sotelo-Solis--announced that they will ask SANDAG staff to provide funding alternatives for the county’s Regional Transportation Plan that do not rely on a county-imposed road usage charge.

Mayor Catherine Blakespear, chair of SANDAG’s Board of Directors, states,  “It’s very important that this county have an updated transportation plan that is cleaner, greener and faster while reducing climate-warming emissions. How we pay for the plan is a critical part of the analysis. At this time, the local road usage charge as a replacement for the gas tax remains highly speculative, with very few details available about how it would work or be applied in a fair way. I am concerned that the road usage charge could saddle residents with large and  unsustainable cost increases for their basic transportation needs before substantial improvements in public transit have made transit a viable choice for most trips.”

She adds, “While I support adopting a transportation plan that is compliant with state law on time, which is by the end of the year, I would like our SANDAG staff to provide the board with options for funding the projects in the Regional Plan without the road usage charge. The Regional Plan remains our key document in the quest to build more transit, maximize the road network for better efficiency and provide more bike and pedestrian paths that serve our community’s hunger for opportunities to travel outside our cars. We can, and should, have a visionary, historic, green transportation plan without the road usage charge.”

Mayor Todd Gloria, vice chair of SANDAG’s Board of Directors, states, “I have long supported SANDAG’s Regional Transportation Plan, as it aligns with my vision of giving San Diegans more sustainable ways to get around our region. However, the inclusion of a road usage charge is unnecessary, and we will be asking SANDAG staff to find alternative funding sources.

“While I understand the principles behind a road usage charge, our region has not done nearly enough to expand access to public transit. Residents must have feasible and accessible transportation alternatives other than a car for a road usage charge to be effective. With working families still reeling from the economic impacts of the pandemic, and given that this charge is not necessary for this bold transportation plan to be successful, it is the wrong thing to ask San Diegans to consider or even conceptualize at this time.”

Mayor Alejandra Sotelo-Solis, second vice chair of SANDAG’s Board of Directors, agrees. She states, “It is essential that we work to have a plan that takes all funding options into account and doesn’t cause concern. We need to capitalize on the opportunity for leveraging federal-level funding, and at the end of the day, we must have tools in the toolbox that strengthen and implement our equity statement and board core values. These efforts must be reflective of the needs of the entire region, including those from working-class communities.”

Although all local cities and the county have representation at SANDAG, the vote is weighted by population, giving the cities of San Diego and Chula Vista 50% of the vote, marginalizing the ability of cities in East County and North County to have a meaningful role in the decision-making process.

But after civic leaders across the region mobilized residents to raise objections to the proposed mileage tax, noting that it unfairly burdens residents who lack access to transit, many of them in economically disadvantaged communities, SANDAG’s leadership took note and now appears poised to back off the plan to levy a per-mile tax on motorists at the December 10 meeting.

SO THE ELECTRIC CARS GET TO DRIVE ON THE ROADS FOR FREE.....that is just WRONG....