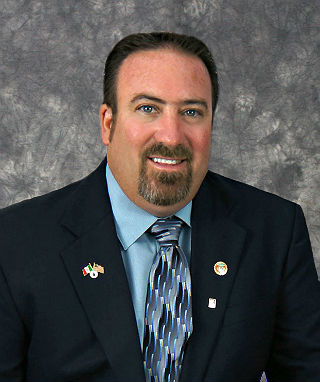 October 27, 2018 (El Cajon) -- An extensive background check on Joel Anthony Scalzitti, the challenger running against El Cajon Mayor Bill Wells, shows that the local politician and businessman has been awash in legal problems and tax liens.

The Scalzitti family is synonymous with politics in San Diego’s East County. August “Augie” Scalzitti has been a member of Padre San Municipal Water Board for over 20 years and is credited by troubled El Cajon City Councilman Ben Kalasho as being an inspiration for him to run for politics. Augie Scalzitti’s  son, Joel, 47, is past president of the Helix Water District, currently is an elected member of the district's board of directors and now wants to be mayor of El Cajon.

East County Magazine actively sought to interview Scalzitti for our news site and our radio show on KNSJ-FM. He stated via phone that he was too busy for an interview and did not respond to email inquiries sent to him.

In a conversation in late September, Scalzitti said, “You don't know how tired I am. I get up at 4 a.m. and I'm running two businesses and I'm starting a third and I’m on the water board.” 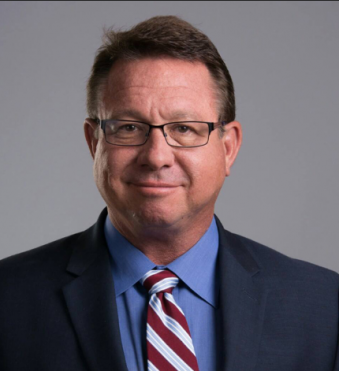 A comprehensive investigation by ECM of publicly available court and government documents shows incumbent Bill Wells had only one legal issue involving a medical billing dispute which, according to Wells, was resolved.

But Scalzitti has a vast quantity of past legal challenges including nearly 100 released tax liens brought on by the City of El Cajon, the County of San Diego, and the State of California.

Scalzitti runs “Mary’s Donuts” in downtown Lakeside and in Santee, and along with his wife, Kelly, owns a water truck business for street and highway construction projects.

Scalzitti applied for a California Department of Real Estate license in May 2002. But the application was challenged by the DRE after a background check determined that he was found having made a false statement on his original application for the license on a question whether he had been ever convicted of a felony. Scalzitti answered “no.”

According to a DRE court filling, Scalzitti in 1997 (when he was 27) was found guilty of “moral turpitude” for driving a car without a driver's license. (“Moral turpitude” is legally defined as "an act or behavior that gravely violates the sentiment or accepted standard of the community.”)

Scalzitti agreed to a stipulation and waiver as a part of a plea agreement admitting guilt, which allowed him to only possess a restricted real estate license for two years through 2006. He continues to have a “limited” real estate license, according to California Department of Real Estate officials, because he not legally associated with any local real estate broker of real estate firm, as mandated by California State Professional Code.

After some legal wrangling which eventually led the California Attorney General to weigh in on the issue in May 2002 declaring that Linden’s complaint was valid, now retired El Cajon Superior Court Judge William J. Howatt ruled on Oct. 16, 2002 that Scalzitti was ordered to be ousted from the Helix Water District Board of Directors and reimburse the district for all of the per diem payments  in the amount of $51,646.84 made to him. The order was later vacated  as the court determined that it lacked legal authority or precedent to impose a reimbursement/restitution. Linden, however, was awarded $76,000 in attorney’s fees.

In his decision against Scalzitti, Howatt wrote in the introduction, “President Theodore Roosevelt once said, “It is character that counts in a nation as in a man. A lie is no more to be excused in politics than out of politics.” Howatt continued to write, “it is unfortunate that this Court must address both the character and the mendacity of Scalzitti to reach a conclusion in the present matter.”

Scalzitti made another run for the Helix Water District Board in 2012, ten years after he was ousted from the position by Judge Howatt and won. He now serves as president of the board.

According to the San Diego Union-Tribune, a search of San Diego County Tax Assessor’s records found that Scalzitti has had several liens against him from 2012, 2013, and 2014, for taxes owed on personal property fixtures. According to county records, he did not pay them until Oct. 8th. A tax bill due on Aug. 31st for $742.61 was paid by Scalzitti’s wife on Oct. 11th.

In all, the Scalzittis have had 99 tax liens released against them issued by local, county, and state government entities including numerous sewer and tax liens filed by El Cajon, the city he wants to lead as mayor.

Reflecting his long-time friendship and association with Ben Kalasho, Scalzitti has served as a member of the Board of Directors of Ben Kalasho’s “San Diego East County Chaldean Chamber of Commerce” before Kalasho was forced by the U.S. Patent and Trademark Office to change its name in June 2017. The Trademark Trial and Appeal Board held that the trademark caused confusion with the Chaldean  American Chamber of Commerce based in Detroit, which has been using the name since 2001.

On his campaign website, Scalzitti says he is running for mayor to reduce homelessness and crime because “I can’t sit idle and watch our sales tax dollars go to neighboring cities and watch our property values erode. I am invested heavily in this community both personally and through my businesses. I’ve balanced multi-million-dollar budgets and carry a huge payroll. I’ve invested in my city and now I ask that you invest in me.”

Good to know, thank you.
I try to stay informed as do many, yet I did not know El Cajon mayoral candidate Joel Scalzitti was associated in any way with disgraced councilmember Bessmon Kalasho. It is disturbing that in spite of the councilmember's sordid past, Scalzitti, a man who wants to be this city's next mayor, remains loyal to Kalasho and remains on the board of his chamber. I have read everything I can find on Scalzitti including his website, his signs and his mailers. And while he boasts of time spent on the Helix water board, I have yet to see any piece of pro-Scalzitti literature wherein he even vaguely mentions being a part of Kalasho’s chamber. Why is that? If Mr. Scalzitti believes that position to be an honest and worthwhile endeavor, why wouldn’t he want voters to know he is there? El Cajon with its diverse demographic is deserving of an equally diverse city council. Unfortunately, and sadly, neither Scalzitti nor Kalasho are the solution to the homogenous ideology of this city’s leaders. As a conscientious voter who had hoped this election would bring betterment to my community, I simply cannot vote for a lawless thug like Kalasho, nor should anyone, and I certainly cannot support a mayoral candidate who would stay loyal to a man like him. Thank you ECM for your in depth reporting on both men. While I am not completely happy with my choices in this election, they were easy to make.

of Kalasho's chamber since the renamed chamber doesn't list its board members on its website and Scalzitti didn't respond to our questions. We only know that he was on it in the past.

I'll just go ahead and leave the El Cajon everything section blank on my ballot. What a disgrace.

Okay ECM, once and for all. Which is it? Your constantly being accused of being a Left Leaning hopelessly Liberal New’s Outlet or a GOP biased Stronghold! It’s time to come clean!

We've had plenty of articles critical of Trump, Hunter and some other Republicans who have engaged in activities that are either illegal, unethical, racist. etc. so we are obviously not "Trumpkins" as the writer below ridiculously claims.  We have also had articles that exposed negative actions of Democrats involved in wrongdoing such as Filner and until recently, Kalasho (who just left the Dem party and is now independent).

I find it ironic that the writer below thinks reporting on numerous liens and other legal issues involving Scalzitti, a Republican, is somehow indicative of  supporting "corrupt" Republicans.

If people want to get rid of incumbents in El Cajon, the answer is not to blame the media for reporting facts. The answer is simple: find honest, ethical and respectful people to run who don't have backgrounds tainted by liens (financial irresponsibility, arguably) in Scalzitti's case or in Kalasho's case, a record that includes a guilty plea for fraud, multiple lawsuits for sexual harassment where a judge deemed the evidence true, and a public record in defaming, insulting and demeaning people as well as at least 3 police reports alleging criminal threats.

This reporter and editor have a manic obsession to twist the facts in favor of corrupt and racist Cajon Valley GOP Party Members. Good little Trumpkins they are! David D Chenoweth
I voted for Gary Kendrick - no hesitation at all. BTW, I recently heard that there's another Mary's Doughnuts opening soon in downtown El Cajon. Location is near Downtown Cafe.