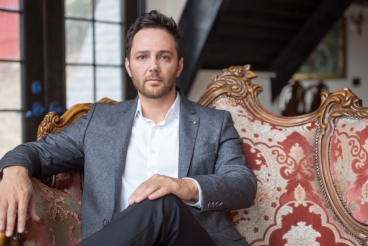 August 12, 2017 (San Diego) – El Cajon Councilman Ben Kalasho is counter-suing two contestants in the Miss Middle East Beauty Pageant that he founded, alleging that his reputation has been harmed by their claims that include fraud and sexual harassment.

One contestant, Paris Kargar, claimed Kalasho offered her a win in the pageant if she would sleep with him.  She has also claimed he made inappropriate comments about her breasts jiggling when she walked across the stage, then asked that she “do it again.”

In the cross-complaint, Kalasho claims he was merely trying to teach Kargar the “correct and classy way to walk down the runway,” according to his counter suit.  He notes that Kargar later attended a function at the home Kalasho shares with his wife.

The other contestant, Zhala Tawfiq, was stripped of her crown after she refused to allow Kalasho to post on her social media accounts and a dispute over whether she had fulfilled pageant appearance requirements.  When electronically-altered photos showing her face onto someone else’s nude body appeared on Instagram, she accused Kalasho of posting them in retaliation.

The cross-complaint suggests that perhaps someone else posted the fake nude photos, and noted that she held a Kurdish flag upside down, which may have offended someone in her own culture, the San Diego Union-Tribune reports. Kalasho has claimed Tawfiq breached a contract and that the pageant had ground to replace her with the runner-up.

The Councilman, who also founded the San Diego East County Chaldean American-Chamber of Commerce. He recently lost a trademark dispute and recently changed the name to Middle Eastern Chamber of Commerce. Kalasho also paid a $10,000 settlement in a prior fraud case involving damage to property at a market owned by Lina Charry that the court found was caused by a car wash owned by Kalasho. Kalasho sought a permanent restraining order against Charry, which the court denied.

Kalasho claims in his cross-complaint that Charry has an “obsessive fixation” on him because she was banned from participating in the beauty pageant.

But the complaints suggest a pattern of targeting those who have crossed him.  The 3 Brothers Taco Shop, also a plaintiff, claims that after it refused to allow Kalasho to post a campaign sign at the business, he smeared the restaurant with an online poll claiming it was the worst Mexican food in El Cajon. But Kalasho’s countersuit notes that other companies didn’t post his signs, and were not targeted by negative polls.

But Tawfiq’s lawyer, Jimmie Parker, calls Kalasho’s cross complaint unfounded and says it’s a continuation of harassment against his client, the Union-Tribune reports.  Parker says that he will seek sanctions against Kalasho for filing the countersuit.

Neither party has a lock on virtue (or lack of it).  Many prominent Democrats such as Donna Frye were among the first to denounce Filner as news of his harssment of women began coming out, and John Edwards lost the Democratic primary after news of his womanizing and love child came out. Though Republican Governor Arnold Schwarzenegger managed to stay in office after news that he'd fathered a love child with his family's maid came out.  Republican Congressman Mark Foley and Democratic Congressman Anthony Weiner both resigned after revelations that they had sexted explicit messages or nude photos to minors.  The list of scandals goes all the way back to the Founding Fathers; Alexander Hamilton was once blackmailed by the husband of a woman he had an affair with while married.

My goodness Deserttrek! Do you think he will go as far as Duncan Hunter has gone as a Republican and for so so long since your calling out political affiliations??? Not to mention a progressive outlet that runs a story that shines light regardless of affiliation. Your comment only serves to highlight your own impish outlook of a very large world.

the mark of genie, an insult