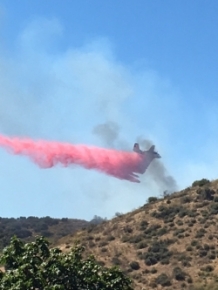 No structures are threatened. 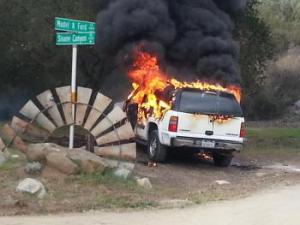 January 22, 2014 (Dehesa) – Officials are investigating the cause of a white SUV found fully engulfed in fire on the morning of Tuesday, January 21.

“I am the resident that found the SUV while leaving for work. Fire was coming from the interior of the SUV with its windows rolled down part way,” Darin L. Wessel told ECM.   The vehicle was pulled off Sloane Canyon Road at Model A Ford Lane, parked near trees and brush.  Wessel took these photos after calling 911  and said the incident is being investigated as possible arson.  “The conversations I overheard indicated there may have been a rag hanging out of the gas tank.” 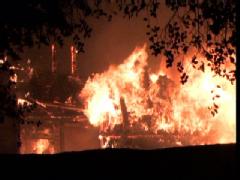