February 12, 2016 (Ramona) — Two drivers have been transported to Palomar Medical Center with major non-life threatening injuries after a head-on collision in Ramona yesterday at 1:18 p.m. 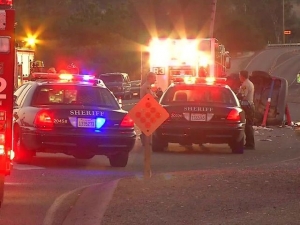 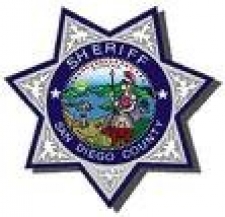 September 28, 2014 (Lakeside)--A 61-year old man was crushed by a skip loader tractor this morning in Lakeside. The Lakeside resident had been working with another man to excavate a pipe on Wildcat Canyon Road near Muth Valley Road when the tractor turned and the heavy load caused it to tip. 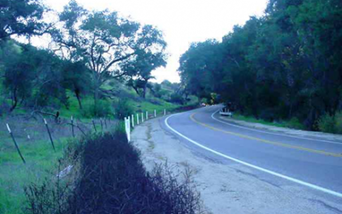 October 22, 2012 (Lakeside) – The body of a woman whose husband has been arrested for murder was found October 18 in a dumpster off Wildcat Canyon Road.

Channel 8 CBS TV reports that the body is believed to be Quee “K.C.” Chadwick, the missing wife of Newport Beach real estate investor Peter Chadwick.  Chadwick has been charged with murder with special circumstances and is accused of killing his wife for financial gain, thus could face the death penalty if convicted. 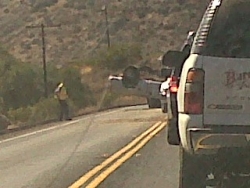 October 3, 2012 (Lakeside)—Wildcat Canyon Road is blocked in both directions due to a rollover accident.  The driver of the vehicle, a pickup truck, is walking and does not appear seriously injured, a Barona firefighter at the scene told ECM’s marketing director, who has been stuck in traffic for over 20 minutes at the scene, where tow trucks are now arriving.

December 20, 2011 (Lakeside) -- At 1:22 p.m. today there was a single vehicle rollover accident at Wildcat Canyon Road and Muth Valley Road in Lakeside. The accident blocked Wildcat Canyon Road in both directions at Old Barona Road, and at Willows Road. One fatality has been confirmed.