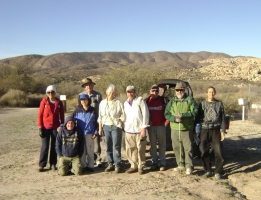 April 10, 2014 (Jacumba Hot Springs) – The weather is warming up and the Jacumba Hikers are hitting the trail, with a trip to Blue Angel’s Peak  and Nopal Peak planned this weekend and more outings later in the month.  For a list of hikes, click here.  To read hiking safety tips, click here. 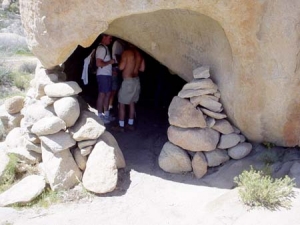 March 21, 2014 (San Diego's East County) - The Jacumba Hikers will hit the trail on Saturday, March 22 to the Valley of the Moon. This trip may include:  Smuggler’s Cave, an old hideout of bandits and smugglers off  I-8 East just past the San Diego/Imperial County line in a high desert area near the Mexican border. We’ll also hike in through the Valley of the Moon, Elliot Mine and Blue Angels Peak Monument. 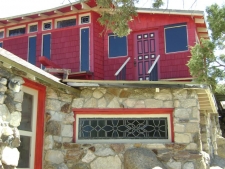 February 21, 2014 (Jacumba) - Back by popular demand, the Jacumba Hikers will lead a Jacumba Walk-About on Saturday, February 22. Walkers will meet at 8:00PM at Mr. Jalapeno's Restaurant, 44461 Old Hwy. 80, Jacumba Hot Springs. Breakfast is available starting at 7:00AM. This hike will take you to the Chinese Castle, the natural hot springs, Jacumba lake, the Cook's House, Sand Wash, Railroad Station, through the Jacumba Hot Springs neighborhood with stops at the Jacumba Spa, library/community park, border fence, and ending at Mr. Jalapeno's. 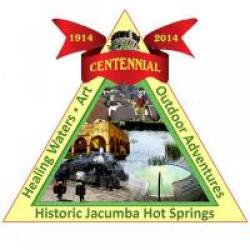 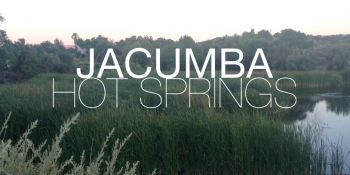 The site lists upcoming festivals in this historic high desert community, plus a historical timeline, attractions and tips for visitors.  Festivals include a Blues Fest on May 3, a Healing Waters and Arts Festival on May 24, a Fall Centennial Festival on October 4, and a Feliz Navidad Christmas festival on December 6. Scroll down for more details, and visit the Centennial webpage for additional information. The site will be updated throughout the year with even more details, including a separate page for each of these unique festivals. 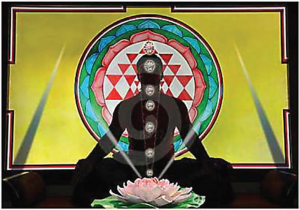 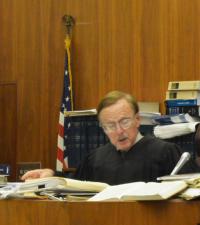 Supervisor Dianne Jacob aims to attend a hearing Monday, December 23 in San Diego Superior Court  to protest the state’s latest plan to house a sexually violent predator in rural East County.  The court will consider whether to place Mikel Wayne Marshall, a convicted child molester, in Jacumba Hot Springs.  Jacob contends he would pose a menace to the community. 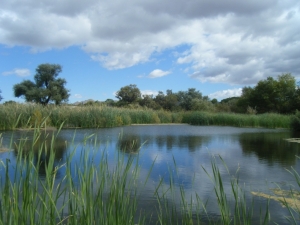 November 28, 2013 (Jacumba Hot Springs) – The Jacumba Hikers and Walkers have a new schedule with many interesting outings coming up.  A favorite among participants is the Jacumba Walk About coming up this Saturday, November 30 to explore Jacumba’s hidden treasures.

This three to four mile roundtrip walk is rated easy.   It is also dog friendly, though dogs must be on a six foot leash.

November 20, 2013 (Jacumba Hot Springs) – A hearing on December 23 will determine whether  or not Mikel Marshall, a sexually violent predator, will be released in rural East County.

Marshall spent 14 years in prison for molesting four boys, ages four to eight.  In each case, he was known to the families of his victims. He was later committed to a state mental hospital and completed an in-patient program for sex offenders.  A court has ruled that he can now be released; the Department of State Hospitals has proposed that he be placed at 42920 Desert Rose Ranch Road in Jacumba Hot Springs. 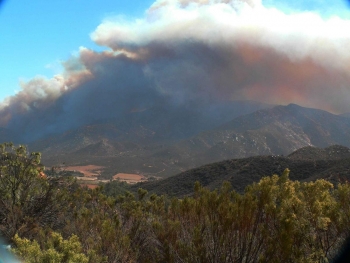 September 30, 2013 (Jacumba) -- When the Jacumba Hot Springs Community showed up to attend The Real East County Fire Safe Council(Ken Daubach, President) tonight 09/30/2013 at the Jacumba Hot Springs Fire station, the station was completely dark. Shutdown as it has been frequently in the past month. Likewise, Boulevard Fire Station was also dark tonight as it has been for most of the past several months.

Yet, in the EIR's for all of the recent electrical projects, Eco at Jacumba and the Boulevard substation as well as the Tule wind farm project the Fire Dept. establishment promised 24/7 coverage.

East County doesn't know who in the Fire establishment they can trust.

We had an medical emergency today out at De Anza Resort(probably a fatality). Eventually the station at White Star responded after an hour. 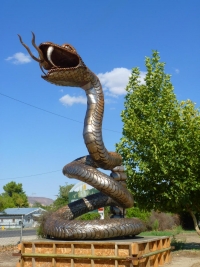 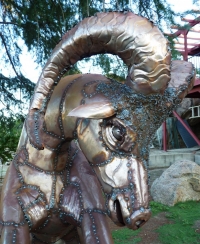 September 11, 2013 (Jacumba Hot Springs) – “The  people of this town came together,”  said famed sculptor Ricardo Breceda after hoisting a 1200-pound metallic rattlesnake sculpture into place in front of the Jacumba Community Park.

Best known for his larger-than-life sculptures of present and prehistoric wildlife in the Anza-Borrego desert, Breceda yesterday sold additional sculptures to Jacumba Hot Springs art fans – works that will soon grace rocks and roadways in this high desert community seeking to reinvent itself as an arts colony.

It all started with a winged dragon. 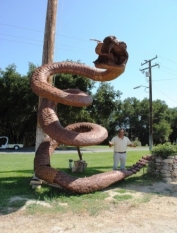 September 1, 2013 (Jacumba Hot Springs)--On Tuesday, September 10, Jacumba Hot Springs welcomes a giant striking rattlesnake sculpture by artist/designer Ricardo Breceda at the Community Park on Old Highway 80. The sculpture is constructed of welded metal and weighs over 800 pounds. It was a gift to the community from an anonymous community booster.

The artist , who is best known for his gigantic metal sculptures in the Anza-Borrego Desert, will be on site for the September 10th installation--and the community is planning festive activities all day from 9 am to 5 p.m. to celebrate the event. 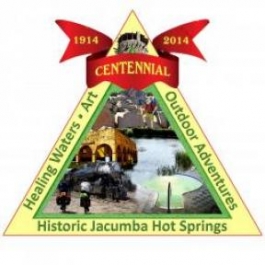 Four major festivals are planned for the Centennial: a third annual Blues Festival May 3, a Healing Waters and Arts Festival the weekend of May 24, a Centennial Fall Festival October 4 and a Christmas Festival December 6.  More details on the festivals will be announced at a later date. 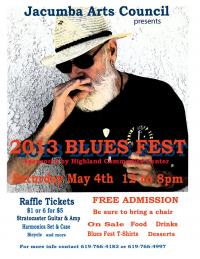 The festival, sponsored by the Jacumba Arts Council, runs from 12-8 p.m. at Highland Community Center on Olde Highway 80. Bring a lawn chair and enjoy food as well as cold, non-alcoholic beverages while you listen to some “smokin’ blues,” organizers suggest. 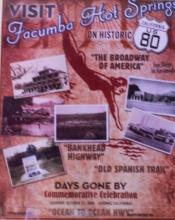 Hear our interviews: audio link at end of this article.

February 25, 2013 (Jacumba Hot Springs) – Hoping to revitalize tourism in their community, leaders in the small eastern San Diego County community of Jacumba petitioned the State to change the town’s name back to Jacumba Hot Springs, as it was known in a bygone era.  Now it’s official, community members learned today.

“I am excited to announce that Jeff Chambers of the State of California Geographic Names Commission called Dave Landman, Mark Ostrander and Howard [Cook[ this morning to say that the Federal Geographic Names Commission has approved our name change (back to Jacumba Hot Springs) effective February 14th of this year,” Danielle Cook with the Jacumba-Boulevard Revitalization Alliance nformed ECM.

On The Road in Jacumba Hot Springs 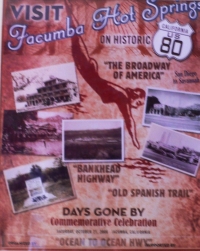 September 13, 2012 (Jacumba) – In its heyday, Jacumba Hot Springs housed a resort that drew Hollywood elite and tourists from far and wide.  But somewhere along the way, the official name got shortened to Jacumba.

Now a group of Jacumba residents seeks to restore the original name. On Tuesday, County Supervisors voted to support the change.  Next up,  state and federal geographic name change commissioners will consider whether to formally approve the return to the town’s historic name.