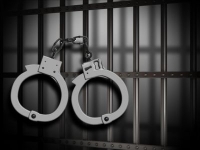 February 20, 2013 (San Diego’s East County)—El Cajon Police today announced the arrest of Forrest Gunner Fermil and Kailee Ray, both 18, in connection with three armed robberies within an hour on February 18 committed by a masked man.

The suspects were arrested in the 10000 block of Vista Parque in Lakeside at 3 p.m. today. After developing a promising lead, El Cajon Police workined in junction with investigators from the Santee Sheriff’s Station and located the first suspect.