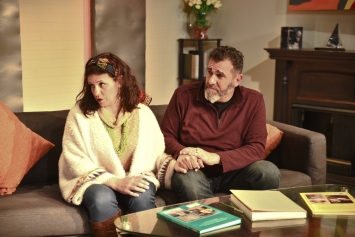 January 17, 2020 (La Mesa) - Lamplighters Theatre in La Mesa presents "God of Carnage." Written by Yasmina Reza and Directed  by Tyler Richard Hewes, “God of Carnage” is full of moral dilemmas. What is okay for one person outrages another. The result is hilarious--the kind of humor that we should not find funny but do.

Daughters of the Appalachians debuts April 25-27

April 13, 2013 (La Mesa) – A 76-year tradition returns to La Mesa with the revival of the Lamplighters Community Theatre.  On April 25-27, the group will present “Daughters of the Appalachians”  in the Lamplighters’ first performance since 2006, when the old theater was torn down to make way for the new La  Mesa police station.

The theatrical group was founded back in 1937, originally known as the La Mesa Little Theatre. In 1976, the organization became Lamplighters Community Theatre, performing in the Ben Polak Fine Arts Center until its demolition force the limelight to go dark.  But now , like a phoenix, the group has found new life—and a new theater is rising in La Mesa, a city which just celebrated its centennial. The new Lamplighters theatrical performances will take place at the La Mesa Village Center, 5915 Severin Drive in La Mesa, at the corner of Severin and Amaya drives.