Entertainment starts at noon and continues throughout the afternoon and evening, with a fireworks finale starting at 9:15 p.m. (or whenever the last band finishes performing). Scroll down to view the band schedule: 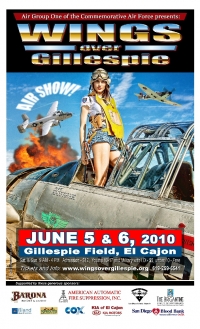 Up! Down! Flying Around.

Looping The Loop And Defying The Ground.

They're All, Rightfully, Kings!

Those Magnificent Men In Their Flying Machines. 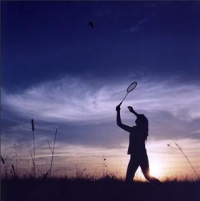 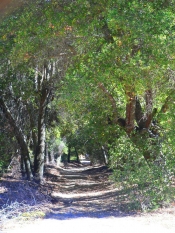 May 29, 2010 (Boulevard) – Sacred Rocks Reserve RV park and campground invites you to an annual Memorial Day celebration. Don’t feel like roughing in a tent or RV? Other lodging options include rental cottages or a Western-style bunkhouse.

“We have exciting new games like bocce ball and petanque, and as always, nature walks, swimming pool, Jacuzzi, and labyrinth for friends and family enjoyment,” said Sharon Courmousis, co-owner of the boulder-strewn rural retreat one hour east of San Diego. Other attractions include a stargazing plateau, ancient oak grove, badminton, horseshoes, and “wild croquet.” 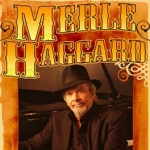 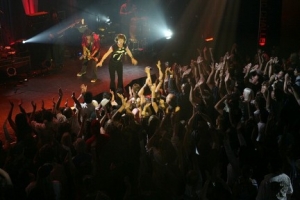 Thirty-nine of the area’s best cover bands will compete at Viejas Casino’s DreamCatcher Lounge every Sunday night from April 11th through June 20th from 6 p.m. to 10 p.m.Up to five bands will perform each Sunday, with the winning bands advancing to the semifinals, then to the Championship on June 20th. 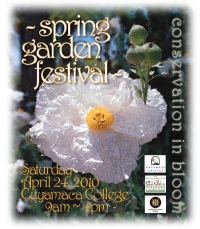 April 3, 2010 (Rancho San Diego) -- On Saturday, April 24, from 9am-4pm, Cuyamaca College’s campus will bloom with activity as three of its on-campus venues—the Ornamental Horticulture Department, the Water Conservation Garden, and the Heritage of the Americas Museum—invite the public to celebrate spring at their 17th annual Spring Garden Festival.

“Conservation in Bloom” is the theme at this family festival that includes tips on green living. Admission and parking are free. A range of crafters and vendors from throughout San Diego County will be featured, in addition to activities ranging from live music to a birds of prey show. 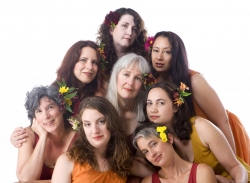 April 3, 2010 (El Cajon)-- KITKA, an Oakland-based ensemble that specializes in Eastern European vocal traditions, will perform at Cuyamaca College on Friday, April 16, at 7:30pm in the Performing Arts Theatre. Tickets are $15 general admission and $10 for seniors and students. The Cuyamaca College Foundation and the San Diego Center for World Music are co-sponsoring the event.

KITKA, a women’s vocal ensemble, blends a contemporary sensibility with specialized vocal techniques from Eastern Europe that have been distilled over centuries.

April 2, 2010 (La Mesa) – Groove to the sounds of blues harmonica at Spring Harp Fest XI, April 3rd at Harry Griffen Park ampitheater in La Mesa from 11 a.m. to 6:30 p.m.. The benefit event is free to the public, though donations are welcome.

Proceeds in past years helped purchase 3,000 harmonicas for kids at local “Blues in the Schools” presentations, introducing youngsters countywide to the joys of music jam sessions. 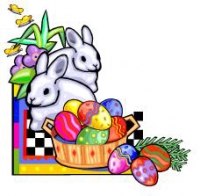 April 1, 2010 (San Diego) – On Saturday, April 3 from 10 a.m. to 1 p.m., the Kroc Center will host its seventh annual free Easter Egg hunt and festival. Over 1,500 local children are expected to enjoy visits and photos with the Easter bunny, as well as pony rides, bounce houses, arts and crafts, a rock climbing wall, games and prizes. 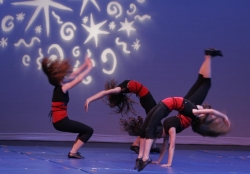 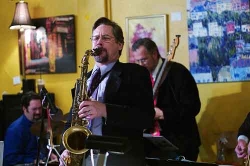 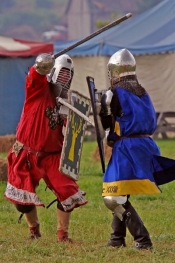 March 12, 2010 (Valley Center) – Highland games, archery, medieval music and cooking demonstrations are all part of the fun this Saturday, March 13th . Historical re-enactors from the Society for Creative Anachronism Inc. Renaissance Group will host a Renaissance Faire at Bates Nut Farm in Escondido from 9 a.m. to 5 p.m.

March 3, 2010 (Vallecito) – Vallecito Stage Station once served as a rest stop for weary travelers along the Southern Overland Trail on the Butterfield Stage Coach. On March 5, 6 and 7, history will come alive as the 1850s camp in the Anza-Borrego desert welcomes visitors to tour the original adobe Vallecito Stage Station and participate in frontier-style activities. 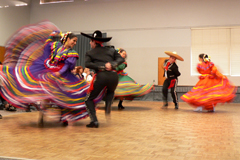 January 14, 2010 (Ramona) – The Ramona Grasslands, a protected resource area, is home to 19 species of raptors including golden eagles, hawks and falcons.

Each Saturday through February 27 from 9am-noon, the Wildlife Research Institute is hosting “Hawk Watch” at the Ramona Grasslands.

The Salvation Army Kroc Center is opening its doors to the community for FREE on Saturday, January 9. Guests can take guided tours, and enjoy special membership savings as well as a free all-venue pass for the day.  Visitors can also experience skateboarding, ice skating, rock climbing, swimming, fitness classes, weight lifting, arts and crafts, an acting workshop and more. 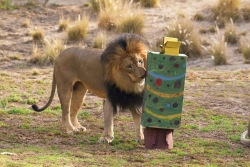 December 20,2009 (Escondido) – Want to create a gift for a lion, elephant, vulture or meerkat? The San Diego Zoo’s Wild Animal Park is hosting enrichment days for guests to view animals playing with hand-painted boxes, popcorn-stuffed bags, insect-filled tubes and more. You can even create your own meerkat maze, paint a lion toy, or prepare a taco for an elephant with hay and food pellets. 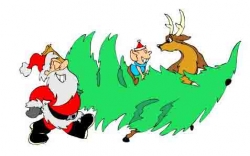 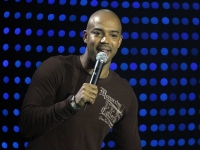 November 30, 2009 (Lemon Grove) – If laughter is the best medicine, this may be the cure for those mid-winter blues.  Doug Williams, dubbed one of America’s most popular actors/comedians by Starz.com, will be performing at Sews and Shows in Lemon Grove on Saturday, December 12th.

Also named a BET's Comic View All Star, Williams will be starring in a 2010 Comedy Central Stand Up special. He has also appeared in The Mind of the Married Man, Ally McBeal, Comic View, It’s Showtime at 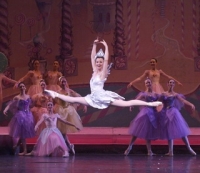 November 22, 2009 (Poway) - California Ballet Company will present The Nutcracker, a holiday classic ballet performance at the Poway Performing Arts Center.  This is the longest running Nutcracker performance in San Diego and has been voted "Best Local Dance Performance" by Ranch & Coast Magazine in 2008. 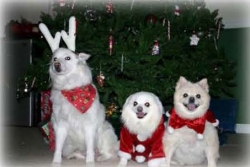 Sponsored by the El Cajon Animal Center for Education Services (ACES) and Camp Bow Wow, the event will raise funds for medical needs of the animals at the El Cajon Animal Shelter. Participants can also try out an agility course, walk a hay bale maze, visits Santa's Village, adopt a pet, and get a photo of your pet with Santa.