June 1, 2010 (San Diego’s East County) – A SIG Alert has been issued for Highway 125, where a Border Patrol vehicle has overturned and is on fire, Incident Page Network reports. Three to four other vehicles are also involved in a collision, blocking all lanes.

Conflicting reports list the nearest exit as both Palm and Jamacha.  Onramps from 94, Spring Street and other areas are being shut down.   According to dispatch reports, a beige SUV came from the north lanes into the south lines, colliding with other vehicles. CHP is on the scene and rescue crews are in route.

May 31, 2010 (San Diego) -- Heidi looks over the green grass at the United Tribes Technical College in Bismarck, North Dakota. She remembers how her parents were shipped here with her from California and put into an internment camp with other German American citizens. Italian Americans and Japanese Americans were held as well. German American citizens who played German music during World War II could be turned in by their neighbors, arrested and shipped away from their families to internment camps. They could be charged with being dangerous aliens. Some have never been seen again.

Arab Americans and Latin Americans are facing this same kind of injustice today.

The 7th Annual Golf Classic, sponsored by the Santee Chamber of Commerce and the Santee School District Foundation, will be held on Tuesday, June 29, 2010, at the Carlton Oaks Country Club. Tee time is at 12:00 p.m.

The funds from this event are used to provide resources for the visual and performing arts and technology for students in the Santee School District. 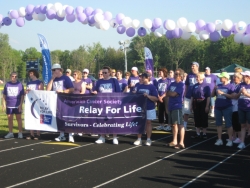 May 27, 2010 (Lakeside)--The Lakeside Relay for Life wil be held on Saturday June12th 9am thru Sunday June 13, 9am 2010 at the Lakeside Middle School on Woodside Ave in Lakeside. This event that is open to the public  to raise funds and awarness about cancer. Several teams will be camping out and walking around the track for 24 hours straight to demonstrate their support.

May 21, 2010 --The deadline to register to vote in time for the June 8 statewide primary election is this Monday, May 24. Remember, voters who have moved, changed their name, or would like to change their party affiliation must re-register to vote! 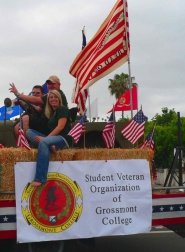 The parade begins at 10:00 a.m. and marches through downtown La Mesa Village.  Spectators will view over 75 entries, including five marching bands led by the Marine Corps Ensemble, which will serve as the 2010 Grand Marshall. 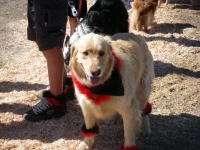 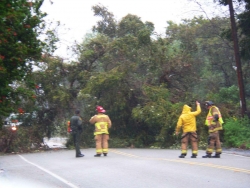