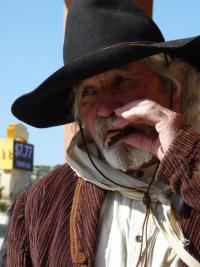 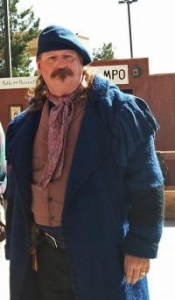 April 9, 2013 (Campo)--The reenactors involved in this fascinating hobby of bringing the famed Campo Gunfight to life have their own histories and stories of how they came to portray the Old West—that is, when they are not working as investment brokers, linemen, firefighters, lawyers, and more.

Frenchy (photo, right) is played by Bear Larsen, who has acted in Hollywood movies, such as The Dogs directed by John De Bello, best known for directing Attack of the Killer Tomatoes. Larsen has been involved in reenacting for over 30 years. He speaks about it this way: "I love doing it. It's in my heart." 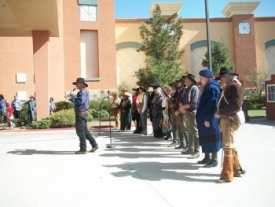 If you've watched a reenactment of the 1875 Campo gunfight, you may have wondered what led up to the conflict and wanted to learn more about this fascinating tale. Here are the true details behind one of East County's most infamous historical episodes.

The leader of a Mexican gang, or Californios banditos, was Clodoveo Chavez and his most trusted man, Cruz Lopez. Chavez had recently threatened revenge on the gringos, because his “captain,” the infamous Tiburcio Vasquez had been jailed in San Jose for two murders. Vasquez pled innocent, and it is possible he never committed any murders during his “career.” 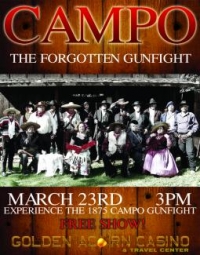 The 1875 Campo gunfight killed more people and lasted longer than the infamous shootout at the O.K. corral.  But few people have heard about this long-lost true tale from East County’s colorful past.

But on March 23 at  3 p.m., “Campo: The Forgotten Gunfight” will be reenacted outside at the Golden Acorn Casino. The show is free and open to all ages.  Come learn how local marksmen and townspeople foiled bandits’ plans to rob the entire town. 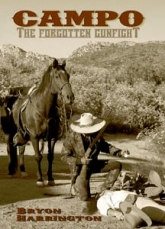