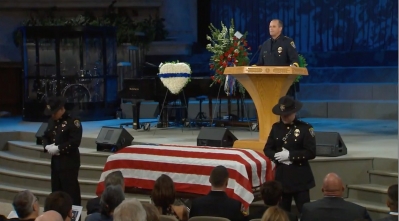 More than a year after his death, hundreds of police officers and friends assured that wouldn’t happen at a funeral postponed by COVID-19.