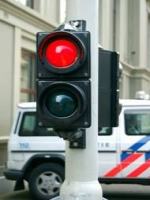 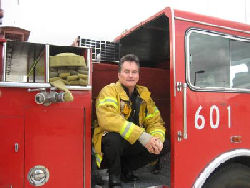 December 5, 2012 (San Diego) -- During this busy time of year, there are more and more people on the road now than ever before. This is the “season” and we will likely be spending more time ourselves shopping, traveling, attending gatherings and rushing about during this time. This is when accidents occur as we have many distractions. If you or someone you love is in need of emergency assistance, you want help to arrive immediately.

March 30, 2012 (La Mesa) - The City of La Mesa has awarded a construction contract to repave Center Drive (From Jackson Drive to Commercial Street), Center Street, Commercial Street, and Guild Street. The construction is scheduled to take place at night, between the hours of 9:00p.m. and 6:00a.m. beginning April 1, 2012. Construction activities will occur Sunday night through Thursday night. The work is expected to take 3 weeks to complete.

March 28, 2012 (La Mesa) -- The La Mesa Community Development Department is pleased to release the Draft 2012 La Mesa General Plan. The draft plan was completed by city staff with the help of consultants and funding with grants from the Kaiser Foundation and SANDAG. A series of five (5) public workshops were held in 2010 and 2011 to obtain public input into the draft plan. Public comments, collected in both written and electronic formats, are reflected in the draft plan.

By Shannon Michael
March 24, 2012 (San Diego) – In today’s tight budgetary times, local law enforcement departments are getting a hand from retired senior volunteer programs (RSVPs).  How do these dedicated volunteers help our communities—and  how do programs at different agencies compare? 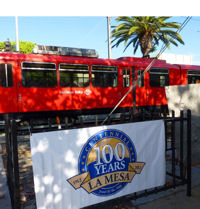 March 19, 2012 (La Mesa) -- Applications are now being accepted for positions on the City’s boards, commissions, and committees. The deadline for submission of applications is 5:30 p.m., Thursday, June 7, 2012, in the City Clerk’s office at La Mesa City Hall, 8130 Allison Avenue.  Applications may be obtained at City Hall, the La Mesa Library or by accessing the City of La Mesa website,  www.cityoflamesa.com. 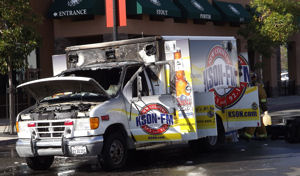 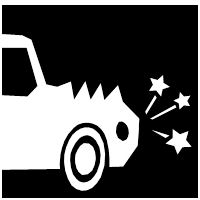 October 6, 2011 (La Mesa)--Today, investigators with the La Mesa Police Department’s Traffic Unit located a vehicle suspected in an August 25, 2011 hit-and-run accident in which a 27-month old toddler was seriously injured. The boy had wandered away from a nearby apartment complex and was struck by a car while walking across Fletcher Parkway at Trolley Court in La Mesa. 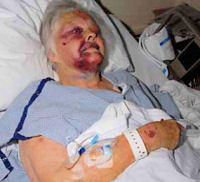 October 1, 2011 (San Diego) -- She was choked, savagely beaten, bound and held captive in the trunk of her car without food or water for 26 hours. On that December night in 2008, then 75‐year‐old Sandy Vinge asked God to save her or let her die. Help for Sandy came through Sheriff’s Deputy Marc Snelling who pulled over Jeffrey Nelson for running a stop light in unincorporated El Cajon. She is alive today because of that traffic stop. Nelson is serving life in prison. Nelson’s partner in crime, Luis Osborne is serving 10 years in prison.

September 1, 2011 (LA Mesa) -- Speeders, beware.  On August 21, the La Mesa Police Department was notified that it was the recipient of a grant award from the San Diego County Law Enforcement Foundation. Each year the generous organization awards law enforcement in San Diego County with grant funds to be used toward an agencies life saving efforts.

October 20, 2009 - California Highway Patrol has issued a SigAlert and closed down all lanes of Interstate 5 in both directions at the Pershing Drive S-curve in Golden Hill. Commuters are advised to take alternative routes. Police are trying to talk down a woman spotted on a pedestrian bridge who is considering throwing herself off the freeway overpass.

September 4, 2009 – A car struck a pedestrian on Westbound Interstate 8 at College Avenue, near San Diego State University, at 12:49 a.m. One person has been declared dead on arrival. The victim’s name has not been released pending notification of relatives.