UPDATE AS OF 5:09 PM:  ALL SDSU SPRING SPORTS HAVE BEEN CANCELED.

March 12, 2020 (San Diego) - After Utah Jazz players Rudy Gobert and Donovan Mitchell tested positive for Coronavirus, the National Basketball Association and several other professional sports leagues have suspended their seasons, the NBA's announcement coming on Wednesday night.  The NBA announced it was suspending games while it determined its next steps.

San Diego State's athletic department has been notified by the NCAA that the investigation into the SDSU men's basketball team has been dropped, Channel 7 reports. 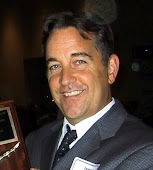 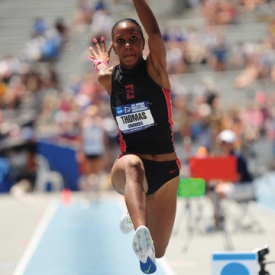 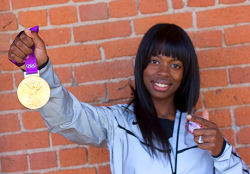 Keshia Baker returns from the 2012 Summer Olympics with a gold medal, but remains hungry for future success

Those five words put Keshia Baker, a graduate student at San Diego State University, on the fast track to the other side of the globe. 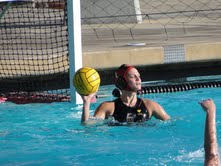 East County Magazine Catches Up With Goalie of SDSU Women’s Water Polo Team
By Ryan Schuler
March 20, 2012 (San Diego)--San Diego State senior goalie Kelly Campoli is no stranger to individual awards. As a three-time team Most Valuable Player and All-CIF selection coming out of El Toro High School in Lake Forest, Calif., expectations were high for Campoli as she continued her water polo career at SDSU. 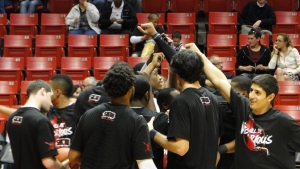 Game time is set for 9:45 p.m. ET (6:45 p.m. PT) and the contest will be televised in high definition by CBS. The CBS game can also be accessed for free via the Internet. Radio coverage of the contest can be heard on AM 600 KOGO.

Viejas invests in a gem By Jamie Reno Exclusive for East County Magazine March 23, 2009 (San Diego)--As a wide-eyed young journalism student making my way across the San Diego State University campus for the first time in the Fall of 1984, I was energized by the thought that I was about to attend a top-notch J school and at the same time get the opportunity to watch some high-quality Division One college basketball. I'd previously played one unspectacular year of baseball at a city college and my competitive athletic days were pretty much done.

March 19, 2009 (San Diego)--San Diego State University's women's basketball team, the Aztecs, will play in the NCAA Basketball Championships for the first time since 1997 and the seventh time in the team's history. The team will face off against DePaul University's Blue Demons at 5 p.m. at Cox Arena on Saturday.