Skip to main content
By Katie Cadiao, County of San Diego Communications Office
Video by Suzanne Bartole
Several local foster families received an early holiday present yesterday: a computer.
The families received the free computers as part of the 20th annual Computers for Foster Families Program. The collaborative effort between the County of San Diego and the San Diego Futures Foundation is especially important this year, as many children are distance learning due to COVID-19. 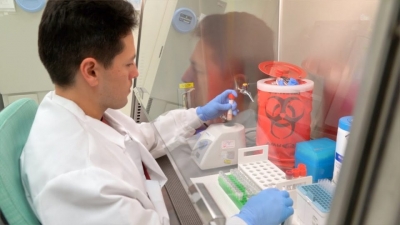 By José A. Álvarez, County of San Diego Communications Office
Photo, courtesy County of San Diego: County Microbiologist Jovan Shepherd prepares a specimen for testing of the novel coronavirus.
March 5, 2020 (San Diego) -- Be informed. Be prepared.
That’s what County and local health officials, business and school leaders want area residents to do should the novel coronavirus be detected in the region.
“It’s important for everyone to educate themselves and their family and be prepared in case the new coronavirus makes its way to San Diego County,” said Chairman Greg Cox, County Board of Supervisors. “It’s also important for people not to panic as the risk for this new virus and the disease that it causes continues to be low.” 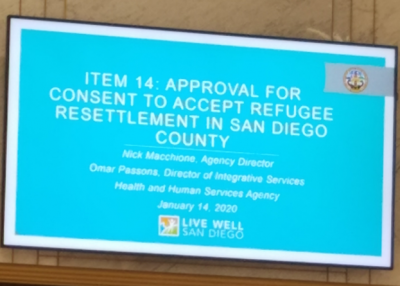 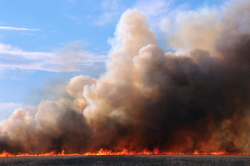 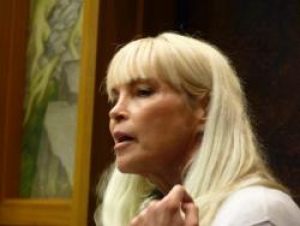 “The Boulevard Marathon is like the Boston Marathon...[Residents opposed to the wind ordinance] are “like people with a pressure cooker and ball bearings with a bomb, trying to stop the projects…This is economic terrorism.” – John Gibson, Hamann Companies

“You should choose to save our communities, not destroy them—and I was not paid to come and talk today.” – Wendy Shannon, Boulevard resident and neighbor of Hamann’s proposed project

By Sierra Robinson; Miriam Raftery also contributed to this report

May 10, 2013 (San Diego)—After more than three hours of heated testimony on Tuesday, San Diego Supervisors opted to delay a decision on a controversial wind ordinance and changes to plans for two backcountry communities until May 15. The postponement came after a lawyer representing rural residents sent a last-minute letter claiming that approval of the project would be illegal. 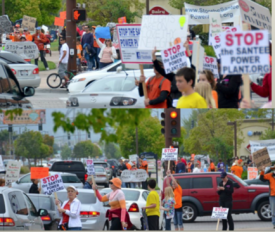 “Today’s rejection of Quail Brush is not only a victory for the environment. It’s a victory for our community. It sends a message that San Diego County shouldn’t rely on old-school, power plant technology and that we can accelerate our efforts to develop renewable, cleaner forms of energy, like rooftop solar and fuel cells.”—Supervisor Dianne Jacob 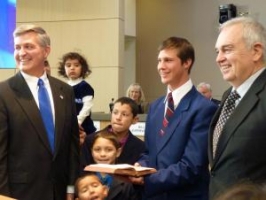 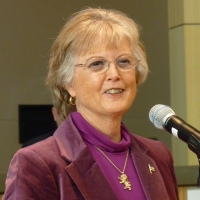 Photos: Supervisor Dianne Jacob spells out her goals for future; Dave Roberts, left, prepares to take oath as his children look on.

January 8, 2013 (San Diego’s East County) – For the first time in 19 years, a new County Supervisor, Dave Roberts, has been elected.  At yesterday’s swearing in ceremony,  East County Supervisor Dianne Jacob also made history, becoming the longest serving woman on the Board.

Jacob made clear that she hopes to have an ally in the newly elected Supervisor—particularly on energy issues and protection of the backcountry. Roberts pledged support for preserving open spaces and working to develop a county utility as an alternative to SDG&E. 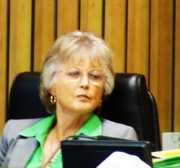 “This will impede firefighting efforts to a frightening degree…a wind-drive fire is not going to stay in the backcountry. We must not roll the dice…There are other, safer alternatives….I also have serious problems about an energy policy that depends on the stability of Mexico.” –Supervisor Dianne Jacob, who voted against both projects 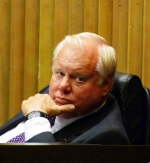 “I’m opposed to green energy…I don’t think the Department of Energy should be putting subsidies in this….but the state has mandated renewable and we have to comply.” – Supevisor Bill Horn, who voted for both projects

August 9, 2012 (San Diego) – The irony was enormous. San Diego’s Board of Supervisors yesterday spent much of the morning debating whether cell phone towers five feet taller than current ones would mar community character on Mount Helix.  In the afternoon,  three of the five Supervisors then threw county height limits to the winds—voting to approve 500-foot-tall industrial wind turbines in scenic McCain Valley over the objections of numerous backcountry residents.

By a 4-0 vote, Supervisors also approved a power substation and cross-border transmission lines designed to bring power up from the massive Energia Sierra Juarez wind project proposed in Mexico. 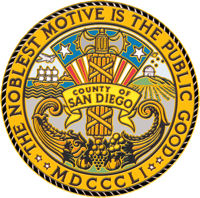 392 Suicides Reported; County Officials Urge People to Get Help
March 14, 2012 (San Diego) -- A total of 392 suicides were reported last year,  the highest number in   23 years. This and the tragic suicides reported recently prompted County mental health officials to remind the public to learn the warning signs of suicide and to seek help.

August 1, 2011 (San Diego’s East County) – Gearing up for another rough-and-tumble campaign season, our Political Wrangling column is back with answers to questions inquiring minds want to know. 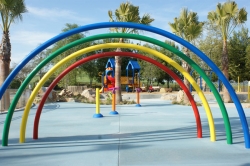 “This has become the crown jewel in the County Parks system with something here for every San Diegan,” Supervisor Cox said. “If you want to get away and enjoy nature without traveling far, Sweetwater is perfect.”