August 10, 2020 (San Diego) – The Mountain West conference, which houses the majority of San Diego State athletics, has announced the indefinite postponement of all scheduled fall sports contests and MW championship events in response to ongoing challenges with the effective mitigation and management of the COVID-19 virus in conjunction with athletic competition. The MW Board of Directors prioritized the physical and mental health and well-being of the Conference’s student-athletes and overall campus communities in its decision – as it has done throughout the course of the pandemic. 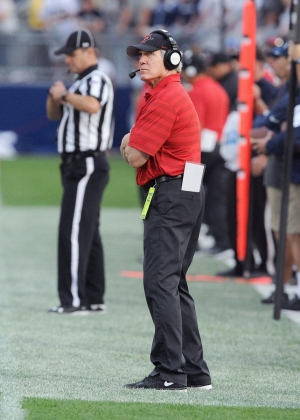 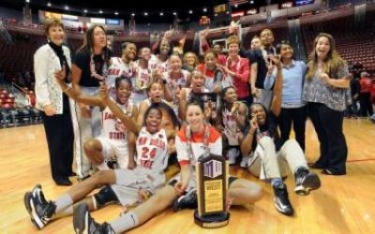 March 13, 2013 (San Diego)-- San Diego State University men's and women's basketball teams head to Las Vegas this week for the Mountain West Tournament before what they hope are deep runs in the NCAA Tournament. 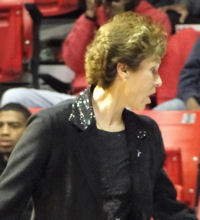 Aztecs Sweep Player of the Year and Coach of the Year Awards
By Ryan Schuler
March 8, 2012 (San Diego)--Everyone knew the San Diego State men’s and women’s basketball teams had great seasons. Both won regular-season titles and are No. 1 seeds heading into this week’s Mountain West Tournament in Las Vegas, Nev. 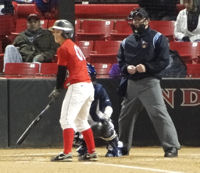 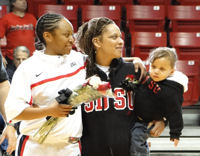 Aztecs Kalena Tutt and Sajoyia Griffin Play in Last Home Game
By Ryan Schuler
March 2, 2012 (San Diego)--When the final buzzer hit 00.0 at Viejas Arena on Feb. 29, it was time for the celebration. Fans rushed the court. Music began blaring through the loud speakers. Both teams shook hands before the San Diego State women’s basketball team rushed to midcourt to join the rejoicing mob that had formed. 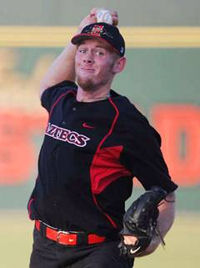