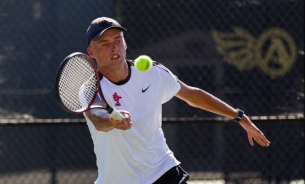 Photo:  Marko Goles-Babic (above) and David Hough were winners at No. 3 doubles vs. Utah State in the MW semifinals.  Courtesy goaztecs.com 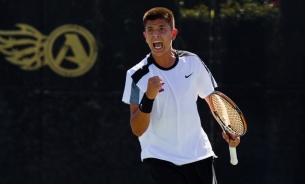 Photo:  Rafael Gonzalez Almazan provided a huge victory at No. 6 singles to help the Aztecs defeat New Mexico on Friday in the MW tournament.  Courtesy goaztecs.com

Aprill 28, 2017 (Boise) - Fifth-seeded San Diego State won its fifth straight match Friday with a 4-2 triumph over No. 4 seed New Mexico in the first round of the 2017 Mountain West Men’s Tennis Championship at Appleton Tennis Center. 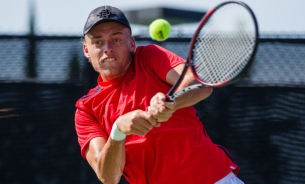 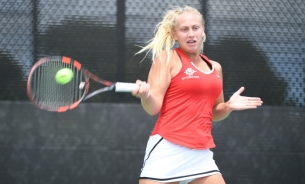 (8) Utah State pulls ahead in singles to defeat (8) SDSU

April 27, 2017 (Las Vegas) - Despite an encouraging start, the San Diego State women’s tennis team was unable to prevail against the Utah State Aggies, dropping a 4-2 decision in the first round of the 2017 Mountain West Championships on Thursday, April 27, in Las Vegas, Nev. 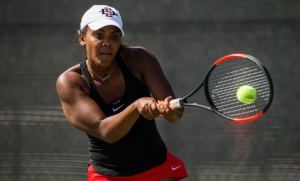 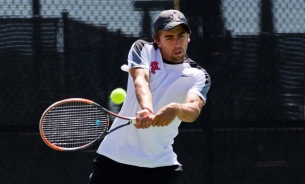 Photo:  Santiago Cevallos provided the clinching point at No. 4 singles on Saturday vs. UNLV.  Courtesy goaztecs.com 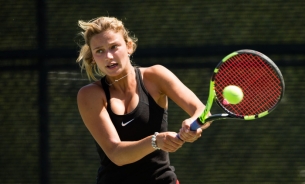 Aztecs return to action next week at MW Championship 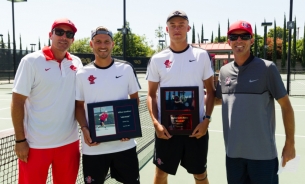 April 21, 2017 (San Diego) - San Diego State emerged with its third consecutive victory Friday after recording a 4-2 conquest of Santa Clara in a non-conference dual match at Aztec Tennis Center. With the win, SDSU moves to 8-14 on the season, while the Broncos slip to 14-6 overall. 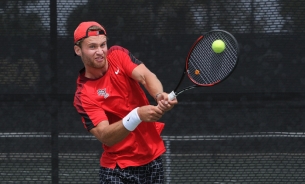 April 16, 2017 (Alberquerque) - San Diego State won its second straight on Sunday with a satisfying 4-2 triumph over New Mexico in a Mountain West dual match at McKinnon Family Tennis Stadium. With the victory, the Aztecs raise their record to 7-14 on the season and 3-3 in conference play, while the Lobos slip to 10-12 overall and 3-3 in the Mountain West. 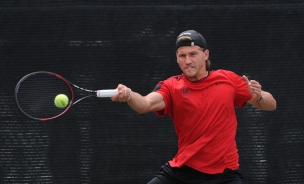 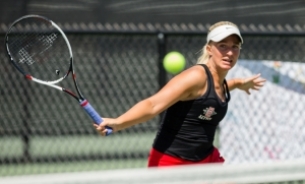 Aztecs fall to the Bulldogs on Senior Day

April 13, 2017 (San Diego) - The San Diego State women’s tennis hoped for home court advantage at today’s contest against Mountain West opponent Fresno State, but the Aztecs could not get past the Bulldogs and ended the day at the Aztec Tennis Center with a 6-1 loss. 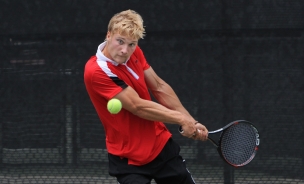 Photo:  Joel Popov snapped a personal five-match skid with a victory at No. 4 singles vs. Nevada on Sunday.  Courtesy goaztecs.com

April 9, 2017 (San Diego) - Despite three victories in singles play, San Diego State was unable to put the brakes on a lengthy losing streak Sunday, dropping a narrow 4-3 decision to Nevada in a Mountain West dual match at Aztec Tennis Center. 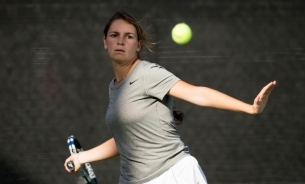 April 9, 2017 (Reno, Nev.) - The San Diego State women’s tennis team traveled to Reno, Nev., this weekend for its first road conference match against the University of Nevada, but could not get past the Wolf Pack and ultimately fell 5-2 at the McArthur Tennis Center. Today’s loss puts the Aztecs at 0-2 in conference play and marks the team’s sixth straight loss. 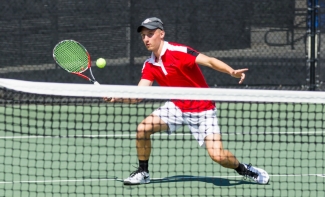 April 7, 2017 (San Diego) - San Diego State jumped back into Mountain West play Friday seeking its first victory in over a month, but visiting Fresno State only extended the frustration, as the Aztecs suffered a 4-0 setback in a rare evening dual match at Aztec Tennis Center. 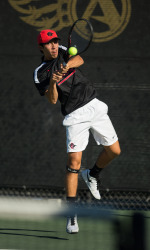 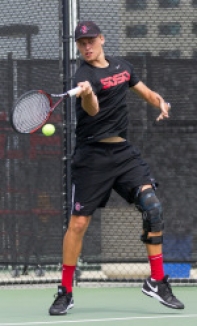 Photo: Marko Goles-Babic was victorious in his opening match at the Battle in the Bay Classic on Friday.  Courtesy goaztecs.com

September 24, 2016 (San Diego) - The San Diego State men’s tennis team opened its 2016 fall schedule on Friday with five players competing in two tournaments at the Wildcat Invitational in Tucson, Ariz., and the Battle in the Bay Classic in San Francisco, Calif. 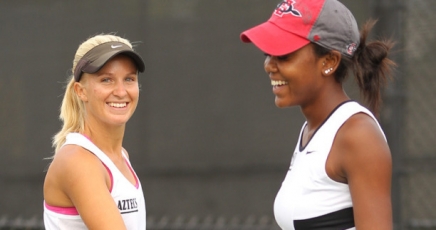 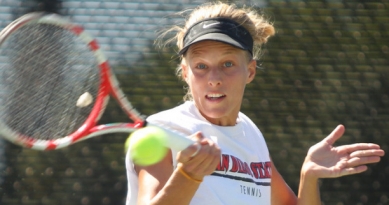 Four Aztecs and team as a whole earn academic recognition

July 29, 2016 (San Diego) - The San Diego State women’s tennis team and four individuals were recognized for their efforts in the classroom by the Intercollegiate Tennis Association. 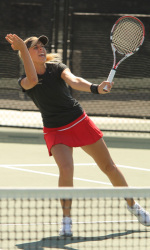 April 6, 2011 (San Diego)-- The 45th-ranked San Diego State women's tennis squad had its eight-match winning streak halted on Wednesday as it fell to cross-town foe and No. 24 San Diego, 6-1, at Hogan Tennis Center on the campus of USD. With the defeat, the Aztecs fall to 12-7 on the season, while the Toreros improve to 15-4.

The afternoon started off rocky as SDSU lost the doubles point after finding itself on the wrong end of all three matches.