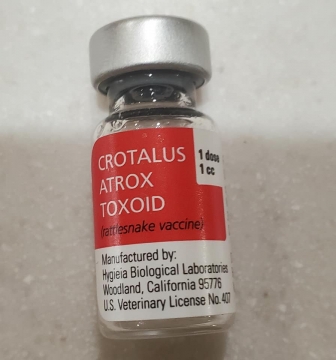 May 16, 2021 (San Diego’s East County) – Should you get your dog vaccinated to protect against rattlesnake bites? 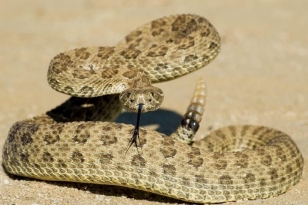 Photo:  rattlesnake, creative commons by NC-ND
April 30, 2021 (San Diego) -- I’m not talking about those “special” people in your life that slither around ready to take a swipe at you!
April and May mark the beginning of rattlesnake season which continues through the summer months. At one point or another, while hiking or depending upon where you live, you’ve probably encountered them at least one time. Unless you’re one of those odd people who seem to like getting startled by a rattler, encountering snakes is not a pleasant experience for most. 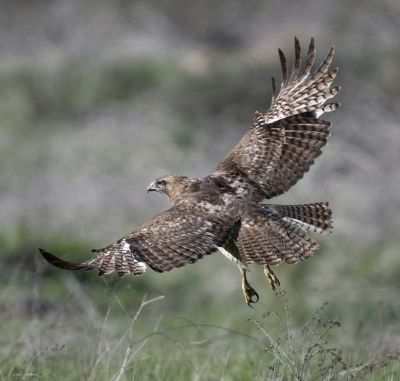 February 27, 2021 (Jamul) – Wildlife photographer Debbie Merrill writes, “The Rattlers are out!  I caught this first year Red Tail Hawk catching and eating one today.  Good to the last button!” 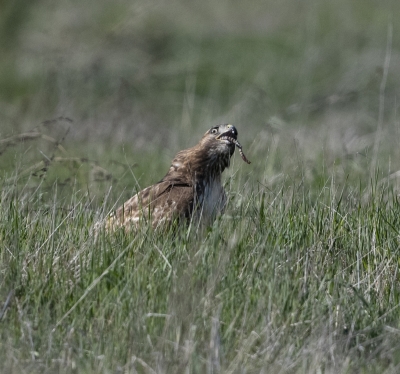 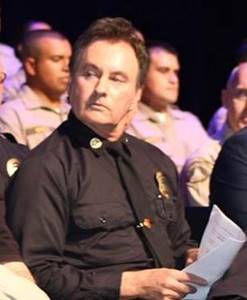 May 11, 2020 (San Diego’s East County) -- Recent rains have provided snakes the opportunity to mate a little longer. Generally, rattlesnakes emerge from hibernation into April, or when the average daytime temperatures reach and remain about 60 degrees Fahrenheit and higher. 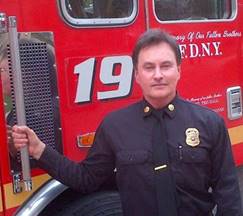 May 6, 2019 (San Diego’s East County) -- With the coming of spring and warmer weather conditions, snakes of many species are through hunkering down, making human encounters with these elusive creatures more likely. Although most native snakes are harmless, the California Department of Fish and Wildlife (CDFW) recommends giving the venomous rattlesnake a wide berth – and knowing what to do in the event of a strike. 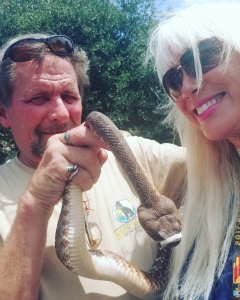 Minga, a Flinn Springs resident, who owns Snake Solutions Removal & Relocation, recommends listening for rattlers when you are out in nature or even in your house. 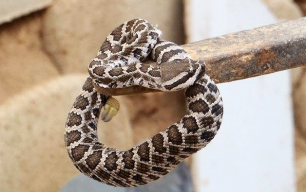 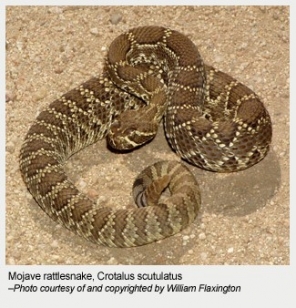 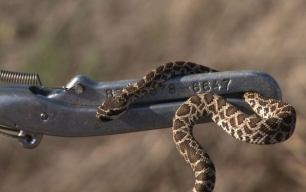 June 20, 2017 (San Diego's East County) - As the weather heats up, County Animal Services says you may see more rattlesnakes out and about. The department has already received 656 rattlesnake calls since the beginning of the year, 100 more than last year at this time. Some 30 calls came in since last Wednesday. 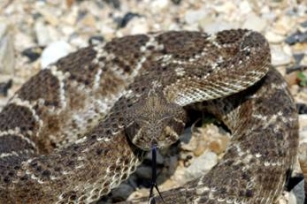 June 15, 2017 (Escondido)  -- Did you know your dog can be trained to recognize rattlesnakes by sight, sound or scent AND to avoid them? A course on rattlesnake avoidance training for dogs - featuring live rattlesnakes that have been disabled from biting - will take place on July 8th in Escondido. 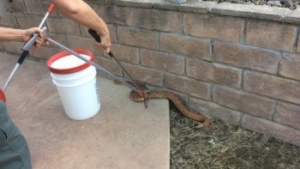 April 14, 2017 (San Diego) -- It’s spring and it seems everyone is enjoying the sunshine, even snakes. A Rancho Peñasquitos couple found a red diamond rattler in their backyard Monday evening and called County Animal Services for help.

Animal Control Officer Joni Palumbo responded to the call. She’s handled snake calls before but never with a snake this large. View video of the rattlesnake wrangling: https://youtu.be/tN5NfsNBotM 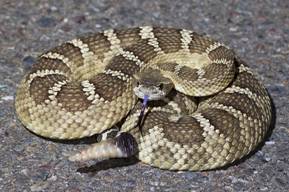 April 10, 2017 (San Diego’s East County) -- We know all about those snakes at work that slither around trying to work their way into promotions, office social circles and politics, or even belly up to the boss. They’ll do anything (even bite you in the back) as long as it benefits them.  But the snake I’m talking about is actually more fearful of you, however just as dangerous and you need to exercise caution around them: rattlesnakes! 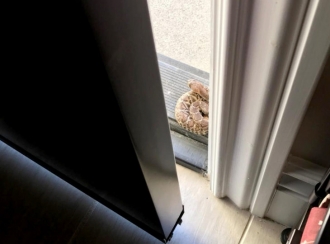 November 16, 2016 (San Diego) - You just never know when you might come across a rattlesnake. Imagine the surprise of a Del Mar Mesa resident who opened the front door to check for a package last week only to find this red diamond rattlesnake right on the doorstep! 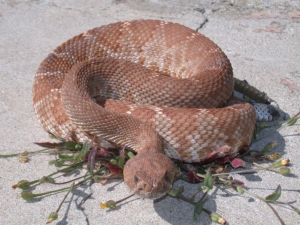 Safety tips for you and your pet

By Carl Person and Karen Singleton

July 9, 2015 (San Diego’s East County) --With the arrival of warm weather, we love to be outdoors and take our pets with us to explore and enjoy the beauties of nature. Trails and parks abound in southern California and offer a wide array of different habitats, from low deserts to high Alpine pine forests. Daily, people and their pet companions converge on these sites by the droves. The exhilaration of being in these pristine outdoor environments often makes us forget that, within these treasured getaways, there is a potential for disaster.

March 27, 2015 (San Diego’s East County) - The warm is warming up, and snakes are coming out of hibernation. 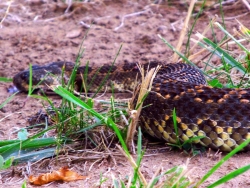 A dog with a neurotoxin bite in Del Cerro, for example, went into shock and had difficulty walking. The dog was treated at Pet Emergency and Specialty Center in La Mesa, where vets told 10 news that three of the ten snakebites treated in the past week have been neurotoxic bites.

May 3, 2014 (Deerhorn Valley) – A 17-month-old child was bitten three times in the abdomen by a rattlesnake yesterday afternoon while playing in on a patio at a home near Barrett Lake in Deerhorn Valley.

NBC reported that the incident was reported at 4:20 in the 20000 block of Manzanita Way.   The Deerhorn Valley Antler indicated that Mercy Air flew out of the area at approximately 5 p.m. with the young patient on board.  The child was taken to Rady Children’s Hospital.

Fortunately, the toddler is recovering, according to his older sister , Jessica Taylor. She posted on the Deerhorn Valley Facebook page this morning that her brother is being treated with anti-venom and is expected to  be fine.  She added, “He’s a tough little guy!” 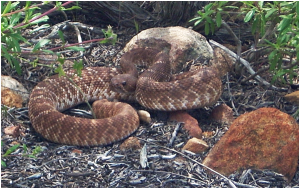 May 3, 2014 (San Diego’s East County) --As temperatures rise, all sorts of wildlife emerge in the spring., which marks the start of rattlesnake season in San Diego County. As the reptiles come out of hibernation, it’s not uncommon to spot them locally, though bites are rare. Most sightings happen between now and October.

The County’s Department of Animal Services has removed dozens of rattlesnakes from residents’ homes and yards so far this month, said Dawn Danielson, Animal Services Director. 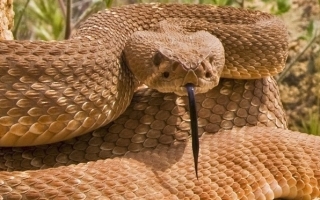 “Our very mild winter and several heat spells are drawing the rattlesnakes out of their dens a little earlier this year,” said DAS Director Dawn Danielson. 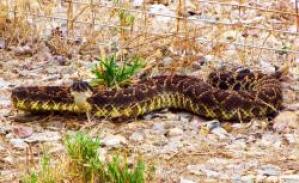 April 23, 2013 (Spring Valley)—A 5-year-old girl was bitten on the foot by a snake yesterday while playing in a grassy common area of a condo complex at 8700 Spring Canyon Road in the La Presa area of Spring Valley.  CAL FIRE/San Miguel Fire District firefighters responded to the call shortly before noon.  With help from residents, firefighters from Station 16 located and confirmed it to be a rattlesnake.

The child was transported to Sharp Grossmont where she is receiving anti-venom.  "She is doing well, according to the mother," Leonard Villareal with San Miguel Fire told ECM today.

San Diego County Animal Services indicated there was a huge jump in snake calls yesterday. As the weather warms up, the snakes become more active. April 3, 2013 (San Diego) – It’s springtime so naturally people and snakes begin to share the outdoors and encounters with snakes become inevitable. Were all enjoying the nice weather at taking more hikes and outdoor activity increases says Fire Chief Sam DiGiovanna. California has a variety of snakes, most of which are benign. The exception is California’s only native venomous snake - the rattlesnake.

Rattlesnakes generally strike when threatened or deliberately provoked, but given room they will retreat. The potential of running into a rattlesnake should not deter anyone from venturing outdoors, but there are several precautions that can be taken to lessen the chance of being bitten when out in snake country - which is just about anywhere in California says Chief DiGiovanna. 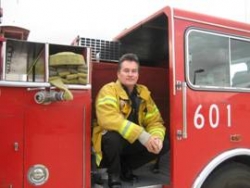 August 8, 2012 (San Diego’s East County)--As spring and summer time calls people and snakes alike to the outdoors, encounters with snakes become inevitable. California has a variety of snakes, most of which are benign. The exception is California’s only native venomous snake - the rattlesnake.

Family vehicle breaks down on way to hospital; officials offer tips for what to do if  bitten 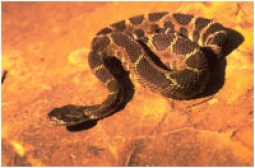 April 21, 2012 (Deerhorn Valley) –San Miguel Fire has issued a reminder to the public about the importance of calling 9-1-1 if you or a family member is bitten by a rattlesnake. The warning comes after a two-year-old boy was struck by a rattler while playing in the yard at his Deerhorn Valley home today.

His parents put the boy in their car and his mother dialed 9-1-1 on her cell phone while heading to a hospital. But a flat tire en route could have ended in tragedy. 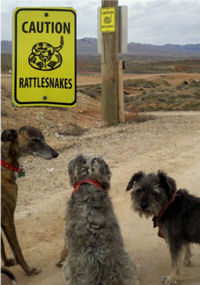 By Dawn Celapino
March 23, 2012 (San Diego's East County) -- Do you live in a rural area? Do you hike or camp with your dog?  If so, you have to be aware that there could be rattlesnakes or other poisonous snakes on and off of the trails and could even come into your yard or neighborhood. Do you know what your dog would do if he/she saw a rattlesnake? Many dogs inadvertently get bit by just sniffing in the bushes. Some are more curious when they see one and try to get closer to get a better look. Others are completely unaware and step right over top of them.

Train your dog to avoid rattlesnakes
March 20, 2012 (Alpine) -- This is the season for rattlesnakes in the East County. At Natural Instincts Healthy Pet Center , partnering with High On Kennels  there will be rattlesnake aversion classes. Appointments can be made for the  Sunday, March 25 classes. 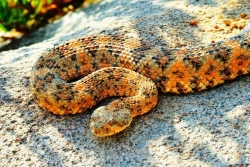 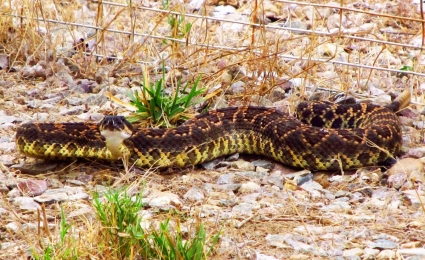 August 2, 2011 (Ramona) -- ECM intern Elena Luz Pena snapped these "striking" close-ups of an unusually colorful rattlesnake at the home of her fiance's father in Ramona.

This two-foot-long critter's message is crystal clear: don't tread on me! 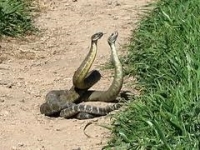 ctober 16, 2010 (San Diego’s East County) – A 67-year old fly fisherman from La Jolla stopped breathing minutes after being bitten by a rattlesnake while wading across a stream near Cuyamaca Reservoir.